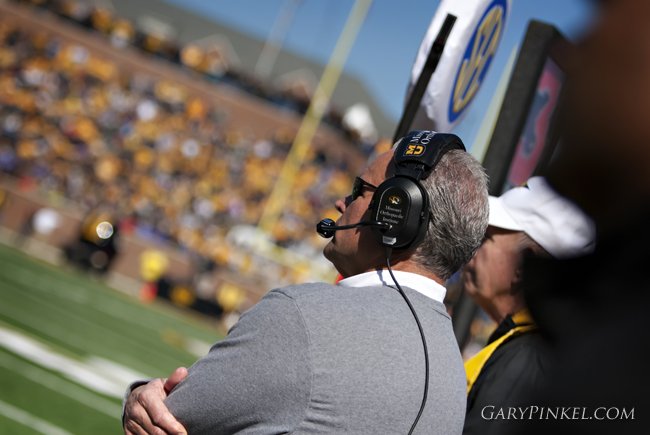 Football is a game with a lot of complicated rules, and it can be hard to pick up at first… Okay, maybe a little while after you pick it up, too.

However, for some, the game is a part of growing up, which can lead to its understanding coming along naturally.

Usually, your average young American grows up learning and loving the game from a male role model of some sort. By the time they are able to play on an organized team or grab a controller and play Madden, boys tend to be more than mentally equipped to understand the games’ excitement and terminology.

Now, imagine all of those consecutive years of eating, sleeping, and practically breathing football, and voilà, you have America’s leading past time.

That’s great for the guys, but what about the ladies?

Luckily for the girls, times are changing in sports, and the Missouri Tigers are doing their best to include all genders in their program. This is America’s pastime, after all!

Besides, who said girls can’t be football fans?

Every year, the Missouri Tigers hold the Xs and Os Women’s Football Clinic. At Xs and Os, women can learn how the game of football is played, meet some of the players and coaches, and shop black and gold to enrich the overall experience of a Missouri Tigers football game and collective season.

This year, Xs and Os was held at Mizzou Arena on Saturday, August 24. Women Tigers fans were able to enjoy brunch, courtesy of Hoss’s Market and Rotisserie and, as usual, do a lot of shopping from local vendors.

“The shopping is always fun,” said Coach Kuligowski’s wife Mary. “I look forward to seeing the new vendors each year, and it’s not always the same stuff.”

The variety of the event encourages women to keep coming back again and again, as the program and speakers that come in are different each time.

The Xs and Os clinic is a great way to get everyone involved in Mizzou Tiger football. As the season is just beginning, now is the perfect time for you to get involved with the team and learn something new about the game if you are currently not a master of its rules, regulations, and roster.

“I think it’s a great opportunity for women to get out and enjoy the football experience,” Jana Roewe, a Mizzou Fan at the clinic, said. “They learn about the game of football so that they can enjoy the game while they’re there.”