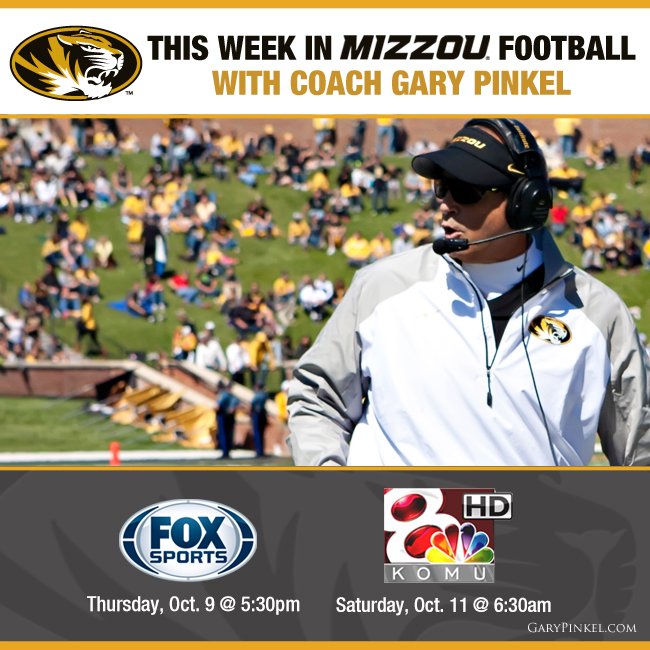 The show will feature Mizzou Football Head Coach Gary Pinkel, as well as a story on long snapper Jake Hurrell.

Hurrell, a native of St. Charles, Mo., started 14 games last season as a freshman and collected two tackles on punt returns. He won the 2013 Spring Team Most Improved Special Teams award and was named Special Teams Player of the Year.

Prior to this week’s show, Coach Pinkel discussed the team’s mindset and preparation coming into the Georgia matchup

“They have a week off, they’re going to be fresh,” Pinkel said. “They were watching games last week, like we all were.”

Persistence Above Performance
Scroll to top