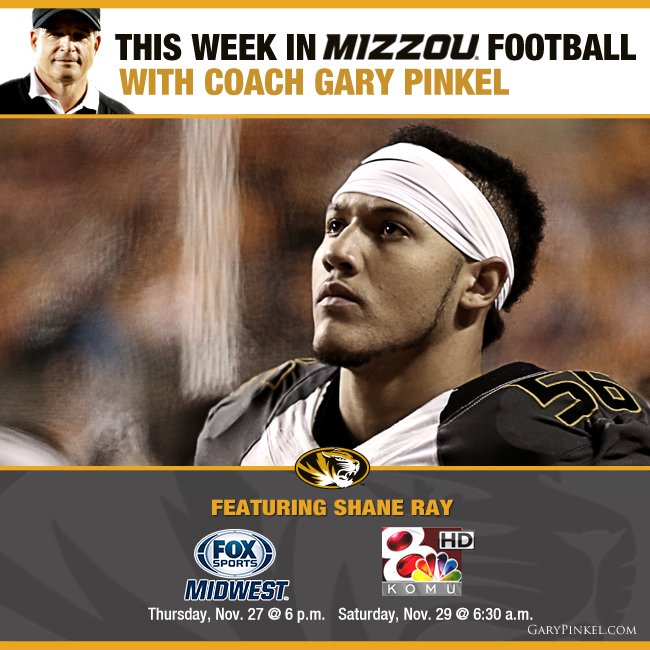 The newest edition of This Week in Mizzou Football will feature junior defensive end Shane Ray. Ray has established himself as one of the premier defensive ends in the country alongside teammate Markus Golden. Recently, Ray became the all-time leader in single-season sacks at Mizzou, passing the record of 11.5 set by Aldon Smith, a first-round NFL draft pick and current San Francisco 49er, and matched by Unanimous All-American Michael Sam in 2013.

This week’s show will air at 6 p.m. on Thursday, November 27, on Fox Sports Midwest and again at 6:30 a.m. on Saturday, November 29, on KOMU. Check GaryPinkel.com every week for updates regarding This Week in Mizzou Football.

Mizzou will play Arkansas in the Battle Line Rivalry on Friday, November 28 in The ZOU. Kickoff is set for 1:30 p.m. CT and can be seen on CBS. Fans can follow Mizzou Football on Twitter, Instagram, and Facebook and listen in via Tiger Network radio affiliates for updates throughout the game.

Watch #MizzouMade in the NFL: Week 13
Scroll to top