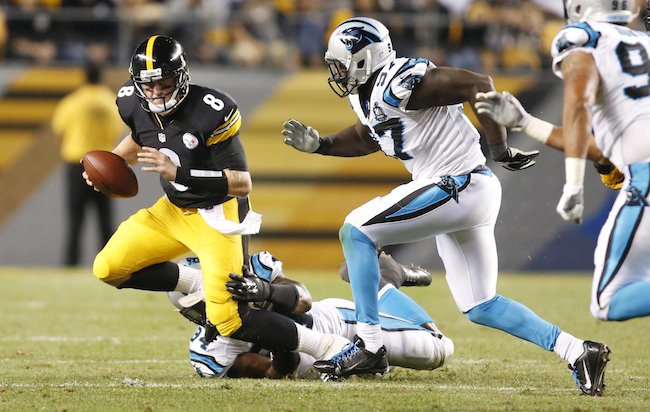 Mizzou Made Carolina Panthers defensive end Kony Ealy will make his postseason debut at 3:25 p.m. Saturday on ESPN against the Arizona Cardinals.

Ealy, a third-round selection by the Panthers in the 2014 NFL Draft, has racked up 12 tackles and a forced fumble in his rookie season.

The Panthers earned a playoff berth after clinching the NFC South with a victory in Week 17 over the Atlanta Falcons.

Ealy isn’t the only Mizzou Made star who will make an appearance in the NFL playoffs. Seattle Seahawks offensive lineman Justin Britt will make his debut next weekend. The Seahawks went 12-4 this year and earned a first-round bye.