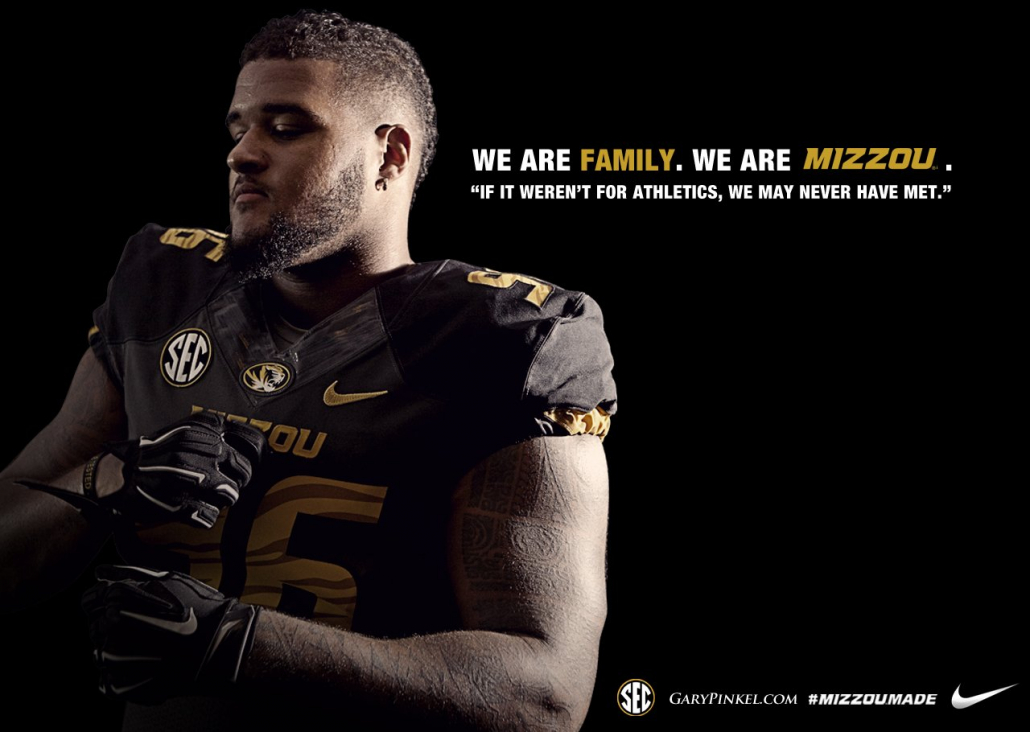 “We are family. We are Mizzou.”

Mizzou Football means a lot of things. It is part of the SEC. It is an athletic powerhouse and has won 15 conference titles. However, the most significant trait of Mizzou Football is family.

The family atmosphere is so powerful that it is contagious. The atmosphere attracts rookie talent from across the nation and strengthens individuals personally, intellectually, and emotionally to be part of a team unit.

Being a family is the key to being part of the Mizzou team. The Mizzou Football Family is a group of individuals connected by a feeling of closeness. This closeness is a result of trust, which is established over time and hard work. When each player commits to the Missouri Family Covenant,they are committing to sacrifice, hard work and time spent building one another up to be a family unit.

The Missouri Family Covenant is an agreement that binds all members of the team together as one and includes the standards and practices necessary to win a championship.

Here are the keys to family as demonstrated through The Missouri Family Covenant:

When a student-athlete commits to the Missouri Family Covenant he commits to always representing his teammates. In practice, respecting teammates means protecting the family, putting the team first, saying and doing the right thing, and making good choices.

Seniors in the Mizzou Football Family have had time to establish trust and honor this commitment to the Mizzou family. If it weren’t for athletics, many Mizzou athletes may never have met the men who became their closest friends. This concept is what makes this opportunity for family so great; everyone on the roster has been chosen to give to the Mizzou family by coming together and working to achieve not only success on the field, but to better oneself as a person off the field.

Watch #MizzouMade Players in the NFL: Week 5
Scroll to top