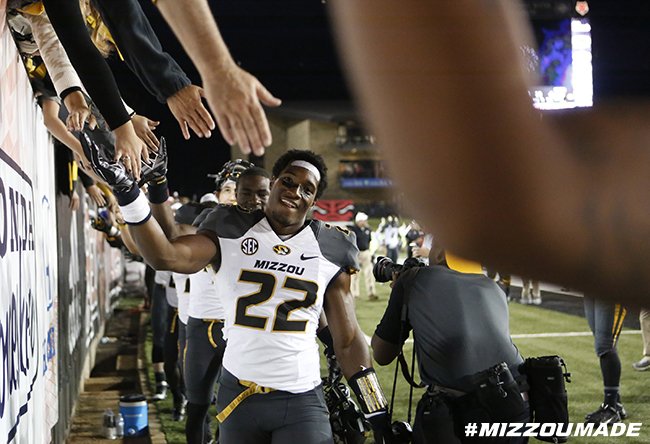 On June 11, 2013 Redshirt Sophomore Anthony Sherrils almost saw the end of his career as a Mizzou Football Safety. While hitching a ride to class from a friend, Sherrils found himself being thrown into the car’s window as it was broadsided in traffic. He had to be removed from the vehicle and rushed to the hospital where doctors diagnosed him with a traumatic brain injury due to bleeding in the right side of his brain.

“In high school I did a research paper on concussions, so I knew a little bit about concussions and how traumatic they could be,” Sherrils said. “When they said I had a traumatic brain injury, I was like ‘wow.'”

The head injury left Sherrils with the inability to use the left side of his body, causing him to have to relearn how to do almost everything, even walk. As he began to progress through rehabilitation, he started to see his future as a student-athlete at Mizzou reappear.

“Everyday I was making steps in progress,” Sherrils said. “I was like, ‘Okay, maybe football can be an option.'”

He continued to improve and work toward his goal of making it back onto Faurot Field and within just a month and a half of the accident, Sherrils was running and lifting weights again. He astonished his doctors with the speed of his recovery.

Sherrils returned to the field for the 2014 season, playing in 14 games and recording 13 tackles. He earned a starting position for 2015 and has already recorded 44 tackles and an interception throughout the first eight games of the season.