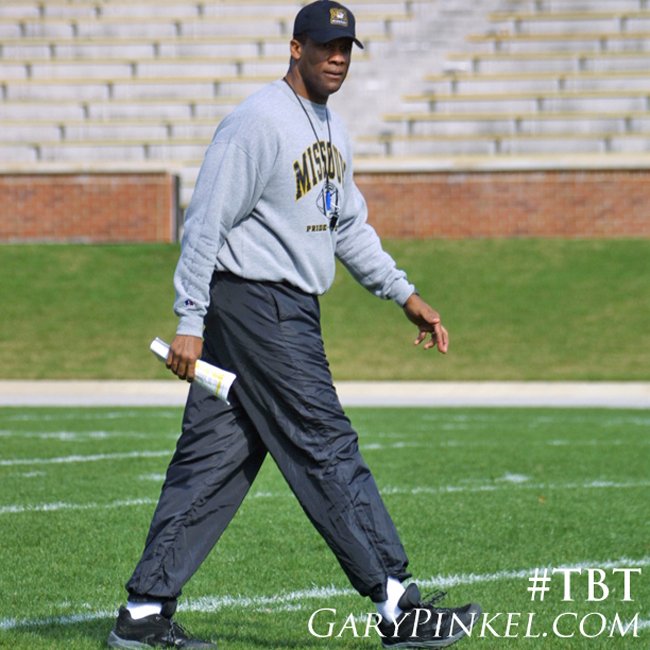 For this Throwback Thursday, we take a look at running back coach Brian Jones, a Jamaican native who was raised in New York City. Jones has been a member of Coach Pinkel’s coaching staff since 1992, but he has been coaching college football since 1981. In his 22 years with Pinkel at Toledo and Mizzou, Jones has coached the running game swimmingly. As a result, numerous players whom he took under his wing were drafted into the NFL. Jones played a role in the Tigers’ offensive transformation in 2011, which placed them atop the most elite in the nation, averaging 230 yards rushing and passing. In addition,  Jones has coached three Tigers to 1,000-yard seasons including Henry Josey, Tony Temple and Zack Abron.