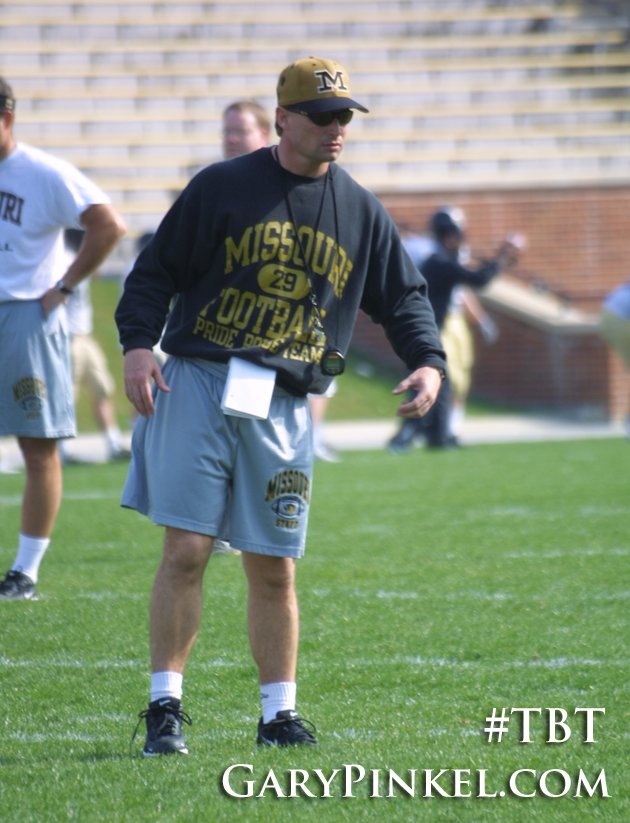 Mizzou Tigers Associate Head Coach Andy Hill is a well-known Tiger legend. Hill is a 1980 graduate of Trenton High School, where he set several school records — third-leading receiver in career touchdowns and fourth in career receptions. After high school, Hill walked onto the 1980 Mizzou squad as a freshman, and he lettered in the following three years of his college career.

After college, Hill took up his position as graduate assistant coach at Southern Methodist University. After that, he took over as offensive coordinator at Hutchinson Community College before joining the Mizzou Tigers staff in 1996.

He is currently the longest tenured coach in Mizzou history and is a member of the 2014 Missouri Sports Hall of Fame. That is quite the accolade!