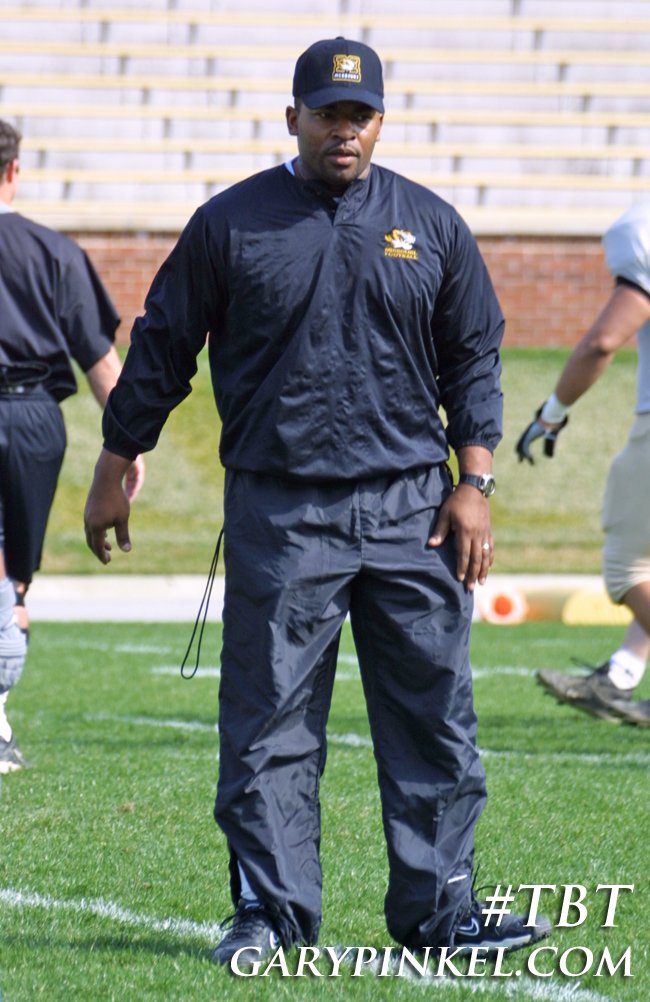 Cornerback coach Cornell Ford has been a member of Coach Pinkel’s staff for 21 years, 14 of those being at Mizzou, five years in Toledo, and two years at Marietta College. He is the chief recruiter in St. Louis. He oversaw the development of E. J. Gaines who went on to set the Mizzou record with 16 pass break ups in his first year as a starter, tied for 5th nationally with 18 passes defended overall (including 2 interceptions) in 2011, and is now participating in the NFL Scouting Combine this week.