Coach was joined by family, friends, colleagues, and former players on this memorable night as he accepted this honor. Enjoy these photo memories from the College Football Hall of Fame induction ceremony.

In early December, the Southeastern Conference inducted several former players and coaches into its 2022 Legends Class. From the SEC:

“The 2022 Football Legends Class includes 14 former stars who excelled on the gridiron and helped write the rich history of the sport at their respective institutions. This year’s class includes All-Americans, All-SEC selections, Academic All-Americans, a Heisman Trophy winner and a Hall of Fame head coach. The group represents teams that won SEC Championships, won Super Bowl titles and are represented in state, school and college football halls of fame.”

Coach Pinkel was honored to be among the 2022 class, which included:

The class was announced at the SEC championship game in Atlanta on December 3, 2022.

Several Mizzou players were honored by the Southeastern Conference on the academic end of their student-athlete responsibilities. 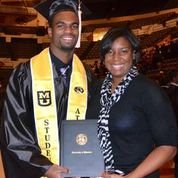 The following players were named to the SEC Honor Roll, and are listed with their major: 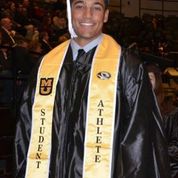 Mizzou senior defensive end Michael Sam had an incredible season in the Tiger uniform. But he has one more game in a Mizzou helmet left.

Sam will be representing Mizzou in the 64th Senior Bowl this Saturday. The Senior Bowl will be televised by NFL Network from Ladd-Peebles Stadium (38,888) in Mobile, Ala. He will be among the best players in the nation at the prestigious post-season game and a standout at his position among peers.

Interestingly, Sam is one of 21 total players from the SEC, but the lone SEC player on the North team. The other 20 players from the SEC are all on the South team roster. There will be a bit of a southern rivalry to the game as the North will be coached by Atlanta Falcons Head Coach Mike Smith, and the south by Jacksonville Jaguars Coach Gus Bradley.

Sam was also named the Associated Press’s SEC Defensive Player of the Year for his performance in 2013.

Michael Sam ended his playing career for Mizzou with a game-winning sack on Oklahoma State’s quarterback in the Cotton Bowl to force a fumble that sophomore defensive lineman Shane Ray would return 73 yards for a touchdown.

Throughout his career, Sam has had key plays for Mizzou, such as causing a key fumble against No. 1 ranked Oklahoma as a freshman. His 2013 numbers of 10.5 sacks and 18 tackles for loss ranks him in the top-10 of both categories nationally. Sam is projected by virtually all NFL mock drafts as a first round pick.

The Senior Bowl will air on NFL Network at 3 p.m. CT this Saturday, January 25th.

We caught up with Mizzou running back Russell Hansbrough this week, one of the three backs that has been used this year in Mizzou’s highly effective rushing attack.

We asked Hansbrough about coexisting with his other backs, team unity and why he likes Columbia. You will not want to miss what he had to say.

Mizzou football will travel to Oxford, Miss. for the second time in school history to play the Ole Miss Rebels this Saturday. Mizzou is coming off of a well deserved bye week that gave players and coaches a chance to refresh themselves physically and mentally.

Last time out, Mizzou took care of business on the road in Lexington, Ky., when they beat Kentucky 48-17. Mizzou wide receiver Dorial Green-Beckham had a record-setting performance with four touchdown receptions, breaking the old school record. Quarterback Maty Mauk tied the school record for most touchdown passes with five.

Mizzou has had mostly successes over Ole Miss in its history, and won the previous encounter on Sept. 8, 2007 by a 38-25 score. The Missouri Tigers are also a perfect 4-0 on the road so far this season.

Speaking of records, Mizzou extended its streak of games with a takeaway to 40, which leads all other FBS schools. Its 17 team interceptions ranks first in the SEC as well.

A win for Mizzou this Saturday would secure its fourth 10-win season in the last seven years. To put that in perspective, Dan Devine has the only other 10-win season in school history.  It would also mean they would win three consecutive games as a top-10 team for the first time since 2008.

The University of Missouri in Columbia is preparing for its 102nd annual Homecoming game this Saturday at The ZOU against SEC East foe South Carolina. The Gamecocks are ranked No. 21 in the most current BCS standings, while Mizzou comes in at No. 5.

The Tigers are coming off back-to-back victories over ranked opponents for the first time since 1976. The team will now face the third consecutive ranked team in as many weeks. South Carolina is coming off the heals of tough loss to Tennessee after a last second field goal won it for the Volunteers.

Missouri puts itself in great position going into November with a win on Saturday. Head football Coach Gary Pinkel is also moving up the list of all time wins with the school. He now trails the great Don Faurot by only four games.

Offensively the Tigers are having their way right now, most recently with the first career start of freshman quarterback Maty Mauk. Mauk threw for 295 yards last week and had a balanced running attack that allowed the Tiger offense to put more than 500 yards of total offense on Florida. Position players are all excelling, being led by senior wide receiver and captain L’Damian Washington. Washington leads the highly talented group of tall receivers with 539 yards receiving through seven games.

The offensive line has also been able to do what they couldn’t last season with the host of injuries. The left side senior duo of Justin Britt at tackle and Max Copeland at guard has led the way on the backside of the quarterback. They allowed Mauk to do well in his debut, and they are the anchor for the top-rushing numbers.

Defensively, Mizzou has stepped up in key areas. Defensive end Michael Sam has lead the way, tallying three sacks against Florida in what has now become an All-American season for him. Shane Ray caused a quarterback fumble that the Tigers recovered twice in as many weeks. What was a possibly worrisome injury for Lucas Vincent has turned out to be okay, and he will be ready to go against South Carolina.

Linebacking has been an intense position this year that has lived up to the level of intensity that an SEC winner needs. The emergence of Kentrell Brothers has been a big part of defensive success. Senior Andrew Wilson has led the group and is always finding a way to the ball.

With the loss of E.J. Gaines, Randy Ponder has really stepped up and shown that there is depth in the secondary. Freshman Aarion Penton filled in for the injured Gaines and let the Gators know early that they weren’t going to be able to pick on him. At every position across the board, Missouri is playing well.

If Missouri can get the win over South Carolina on Saturday, they will have started 8-0 for only the second time ever. The first was the undefeated team of 1960 that won the Big 8 Conference and the Orange Bowl, which was led by Dan Devine. There’s no doubt that Missouri can come away with the win with the incredible support it will have at a sold-out crowd at The ZOU this Saturday.

In this set of weekly interviews, we go one-on-one with Mizzou quarterback James Franklin as well as defensive lineman Lucas Vincent.

The players talked about what’s on the plate as Mizzou faces Georgia, as well as the offense working together with the defense.