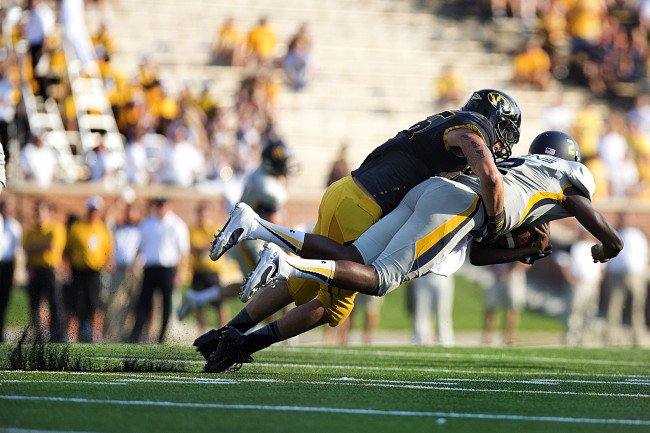 Mizzou Made defensive end Shane Ray has been named one of 12 finalists for the 45th Rotary Lombardi Award. The award is given to the top lineman in college football every year.

This marks yet another honor for Ray during his standout year. The junior has already been named a semi-finalist for the Bednarik Award, SEC Defensive Lineman of the Week three times, and SEC Defensive Player of the Week once.

Four finalists for the Lombardi Award will be named on November 20,and the winner will be announced on December 10 at the Bayou Music Center in Houston, Texas.

The Mizzou defensive line has been well represented on the Lombardi Award short list for the last two years. Mizzou Made defensive end Michael Sam was named a finalist for the award in 2013.

The recipient of the Rotary Lombardi Award is decided by a three-tiered voting process, determined by a committee of nearly 400 college football coaches, writers, broadcasters, and previous award winners. It is named for legendary Green Bay Packers coach Vince Lombardi, who made up part of Fordham University’s renowned “Seven Blocks of Granite,” the toughest line in college football in the mid-1930s.

Mizzou Made in the NFL: Week 9
Scroll to top