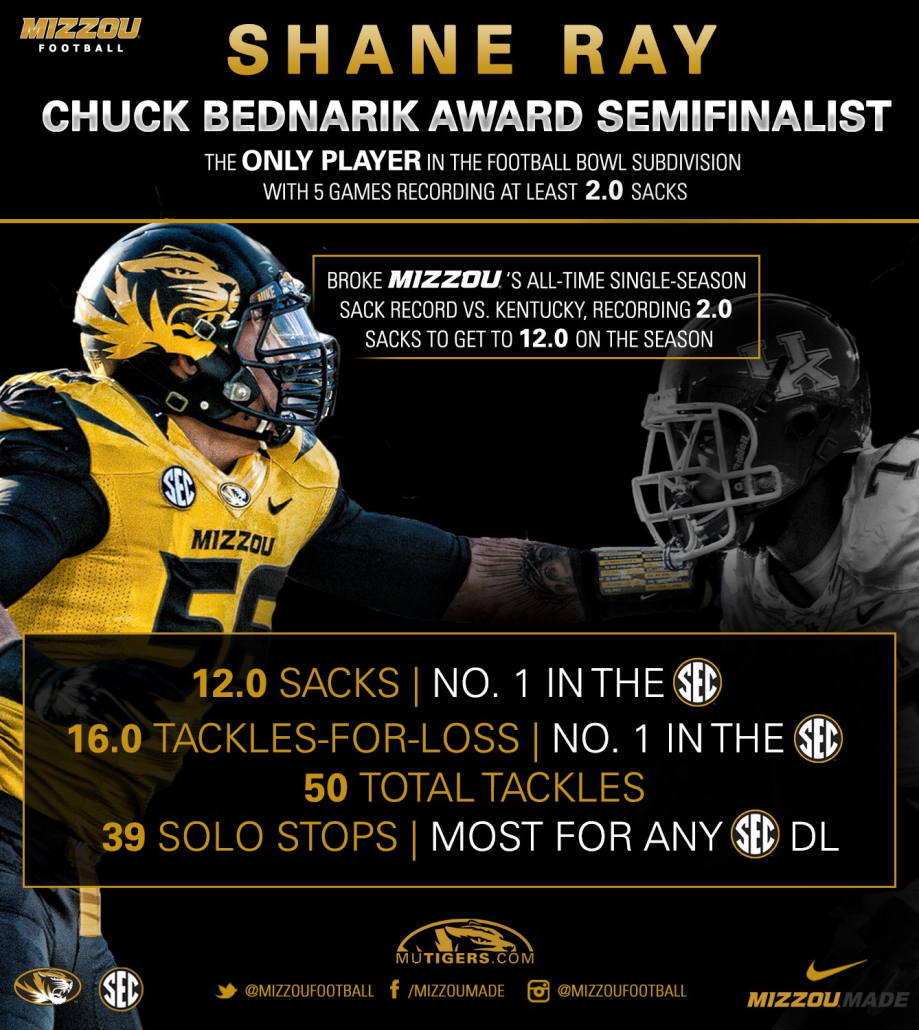 Shane Ray has been announced as one of 20 semifinalists for the Chuck Bednarik Award, which is given by the Maxwell Football Club every year to the most outstanding college defensive player.

In the fourth quarter of Mizzou Football’s 20-10 victory over Kentucky, Shane Ray sacked Wildcat quarterback Patrick Towles to record his 12th of the season and break the team’s single-season sack record of 11.5, set by Aldon Smith in 2009 and matched by Michael Sam in 2013.

The Kansas City, Missouri native has earned SEC weekly honors three times this season and has led the Mizzou Football defense to 31 sacks, the most of any team in the SEC.

The Maxwell Football Club will reveal the three finalists for the award on November 24, and the winner will be broadcast live on ESPN on December 11.