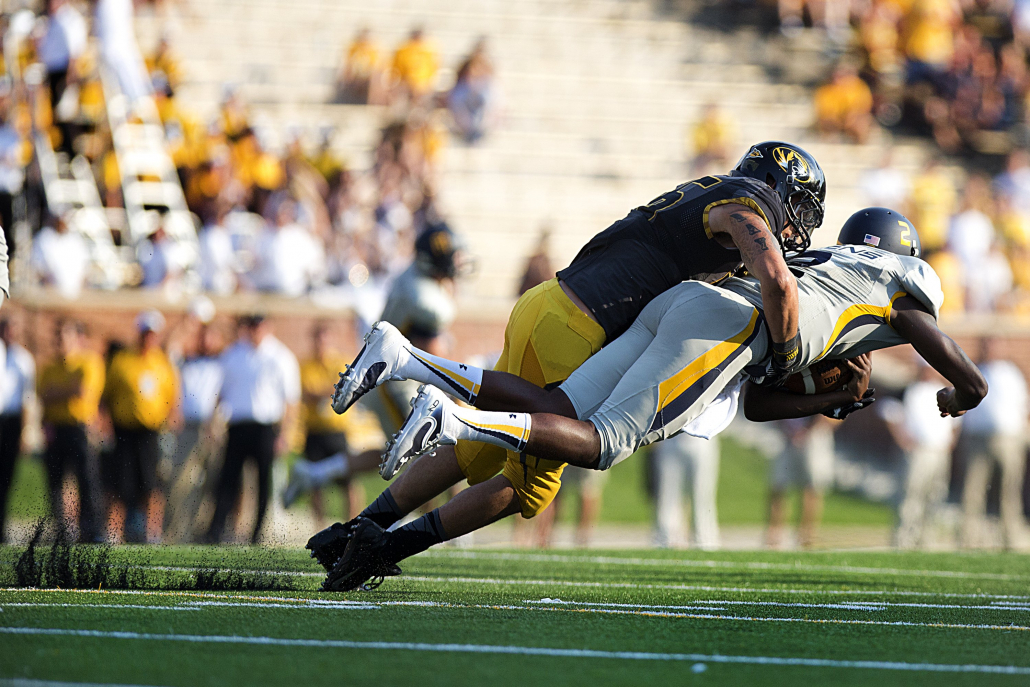 Ray is a part of a strong defensive front that ranks first in rushing defense, first in total defense, and second in both scoring and passing defense. Over the Tigers’ current six-game winning streak, Ray and the rest of the defensive line have held opponents to just 98.5 rushing yards per game and 281.5 total yards per game.

Ray was one of six finalists chosen from a starting group of 18 players, who were put on a watch list earlier in the season. The other five finalists are Ohio State’s Joey Bosa, Washington’s Hau’oli Kikaha, Utah’s Nate Orchard, Clemson’s Vic Beasley, and USC’s Leonard Williams.

Ray and the Mizzou Tigers will play for the SEC Championship on Saturday against the Alabama Crimson Tide at the Georgia Dome in Atlanta, Georgia. Kickoff is set for 3 p.m. on CBS. Mizzou Football posts live updates on Twitter, Instagram, and Facebook throughout the games, and fans can also listen in via Tiger Network radio affiliates.