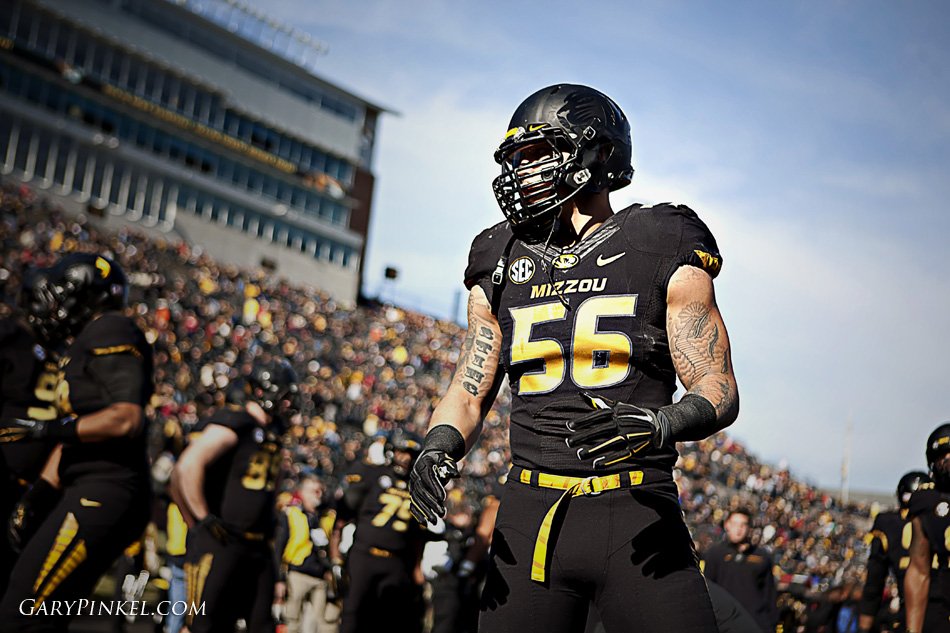 Shane Ray and Marcus Murphy have received SEC individual awards for their play this season. Ray, junior defensive end from Kansas City, was named SEC Defensive Player of the Year, and Murphy, senior tailback and 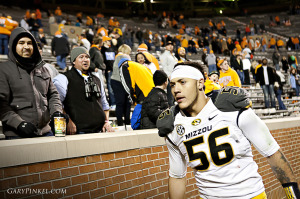 Ray’s newfound title means he is now the league’s unanimous defensive player of the year; the Associated Press coaches awarded him with the honor as well. He is the third Mizzou Football player to win conference defensive player of the year honors. Jeff Gaylord and Michael Sam received the award from the Associated Press in 1981 and 2013, respectively.

Ray, a first-year starter, set a school record with 14.0 sacks, also counting 21.0 tackles for loss and ranking fifth on the team with 61 tackles on the year.  Ray leads the SEC and ranks third nationally in sacks, and ranks sixth nationally and second in the league in tackles for loss.

Murphy emerged as one of the nation’s most versatile players and dangerous return men this season. He ranks second in the SEC in all-purpose average with 131.9 yards, and he is the 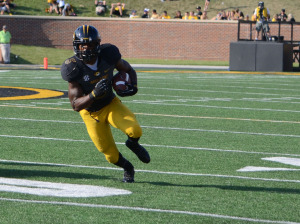 only player in the nation to score touchdowns in 2014 via all four all-purpose categories: Rushing (4,) kickoff returns (2,) punt returns (1,) and receiving (1.)

Murphy’s award comes a day after he was twice named a first-team All-SEC performer by league coaches — on offense as an all-purpose back, and on special teams as a return specialist.

Mizzou Football will play Minnesota in the 2015 Buffalo Wild Wings Citrus Bowl, set for January 1 in Orlando, Florida, at 12 p.m. CT. The game will be televised by ESPN on ABC.

Watch #MizzouMade Players in the NFL: Week 15
Scroll to top