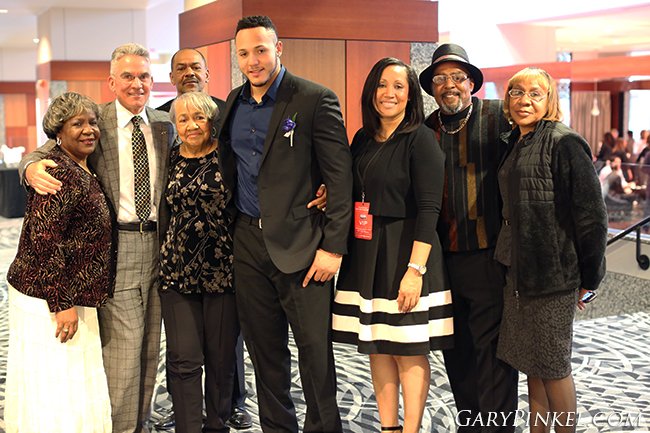 MizzouMade defensive end and top NFL prospect Shane Ray was honored at the annual Kansas City Sports Commission Awards Banquet Wednesday night as the Kansas City Marriott Downtown Sportsman of the Year. Ray attended Bishop Miege High School in Kansas City where he led his team to a class 4A Missouri State Championship, was selected among a list of candidates for his accomplishments on the field and his dedication to the community off of it.

Ray led the SEC in sacks (13) and tackles for loss (22.5) while also racking up 65 total tackles in 2014. Ray was also named the 2014 SEC Defensive Player of the Year and a consensus First Team All-American. Shane’s volunteer work at the Boys and Girls Club of Missouri and food banks in his neighborhood was another leading factor for him being selected for the honor.

Ray will become the 42nd person to win the Sportsman of the Year honor. Each year the Commission honors outstanding individuals for their commitment and achievement in sports. The Sportsman of the Year is given to a Kansas City male athlete who exemplifies all the positive aspects of sport and has made a positive impact on the Kansas City community. Ray is currently projected to be a top 10 pick in the 2015 NFL Draft, which takes place on April 30 in Chicago. Congratulations to Shane on this terrific achievement and being an example of a #MizzouMade athlete!