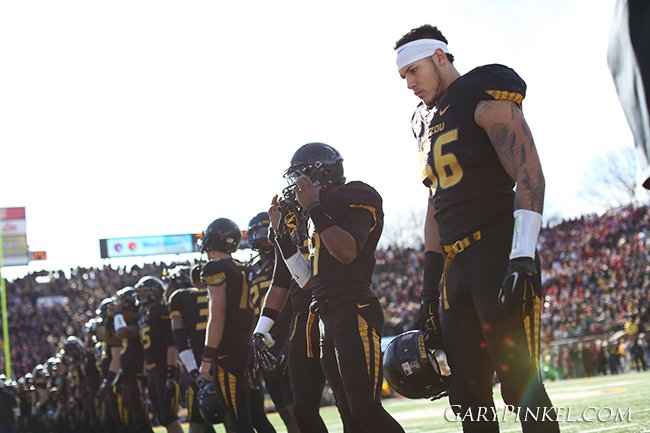 members of the Mizzou Football Family earned high honors this week, including junior defensive end Shane Ray, who was named the AP SEC Defensive Player of the Year.

Ray was named First-Team All-SEC by the Associated Press in addition to player of the year honors. The Kansas City native recorded 14 sacks, 21 tackles for loss, and 61 total tackles during the 2014 campaign. His final numbers landed him No. 3 in the nation in sacks and No. 6 nationally in tackles for loss. Along the way, Ray broke the single-season sack record matched by Michael Sam last year, who won the title of 2013 SEC Defensive Player of the Year.

The Associated Press recognized the work of six other Mizzou student-athletes this week. Senior wide receiver Bud Sasser was named First-Team All-SEC on the strength of 70 catches, 935 yards, and 10 touchdowns on the season—the third-most TDs in the SEC. 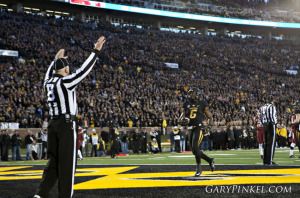 Marcus Murphy rounded out the AP All-SEC first-team for Mizzou. The SEC selected Murphy as an all-purpose player—and rightfully so. Murphy is the only player this season to score a rushing touchdown, receiving touchdown, a punt return, and a kickoff this season. He is the NCAA’s active career leader in all-purpose yardage and a finalist for the Paul Hornung Award, which is given annually to the most versatile player in college football.

Brothers had a stellar year directing traffic for the Mizzou defense. The junior linebacker recorded 117 total tackles this season, including a season-high 14 in the SEC Championship against Alabama.

Webb leads Mizzou in interceptions and is tied for third in the conference with four on the season. The senior safety came up big in Mizzou’s big win at Florida, accounting for six total tackles and two picks. 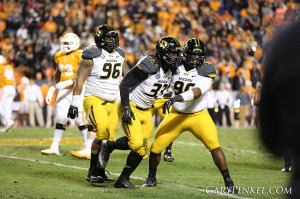 Rounding out the recognition for Mizzou are a pair of defensive linemen. Senior defensive end Markus Golden and sophomore lineman Harold Brantley received honorable mention from the Associated Press.

Golden racked up 8.5 sacks, 16 tackles for loss, 68 total tackles, and a forced fumble on the year. Golden and Ray have been an integral part of what many analysts have said is the best defensive line in the country.

Brantley has also had great success in the trenches. He got to quarterbacks five times on the season, blocked two kicks, and broke up two passes on the year, in addition to his 7 tackles for loss and 7 QB pressures.

Mizzou Football will head to Orlando to take on Minnesota in the Citrus Bowl on New Year’s Day. Kickoff for the game is set for 12 p.m. CT. Mizzou Football will post live updates on Twitter, Instagram, and Facebook throughout the game, and fans can also listen in via Tiger Network radio affiliates.