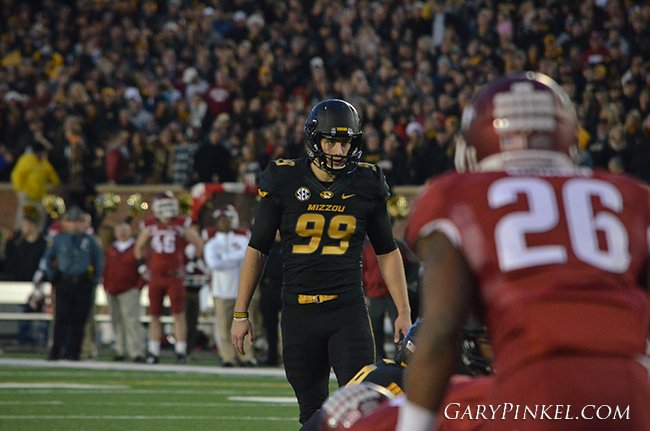 Football place kicker Andrew Baggett has been named the SEC Special Teams Player of the Week.

Baggett accounted for seven points on Saturday and is now third on Mizzou Football’s all-time scoring list with 276, including 81 points this season.

This is the second time the junior has won the award.

Baggett the rest of the Mizzou Football family will compete in the SEC championship game in Atlanta for the second year in a row against Alabama on Saturday at 3 p.m. CT on CBS. Mizzou Football posts live updates on Twitter, Instagram, and Facebook throughout the games, and fans can also listen in via Tiger Network radio affiliates.