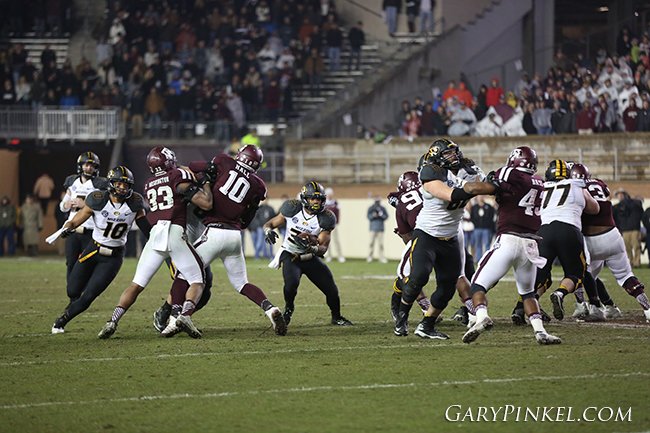 href=”https://www.gpmade.org/roster/russel-hansbrough/” target=”_blank”>Russell Hansbrough has been named the SEC Offensive Player of the Week after his performance in Mizzou Football’s 34-27 victory over Texas A&M.

The Arlington, Texas native ran for 199 yards and delivered two touchdowns on 20 carries. Both touchdowns came on runs of 45-plus yards on back-to-back drives in the third quarter.

Hansbrough averaged 9.9 yards per carry in College Station. This is the second time this season that he has averaged double-digit yards per carry; the first was against Indiana on September 20.

Hansbrough’s 199 rushing yards marked the most by a Mizzou running back in a conference game since October 10, 1998, when All-American Devin West ran for 252 yards.

The 5-foot-9 running back is the seventh Mizzou Football player to win the SEC Offensive Player of the Week honors this season.

Mizzou Football will play Tennessee in Knoxville on Saturday, November 22 at 6:30 p.m. CT. The game will be broadcast on the SEC Network. Fans can follow Mizzou Football on Twitter, Instagram, and Facebook for updates throughout the game and tune into Tiger Network radio affiliates.