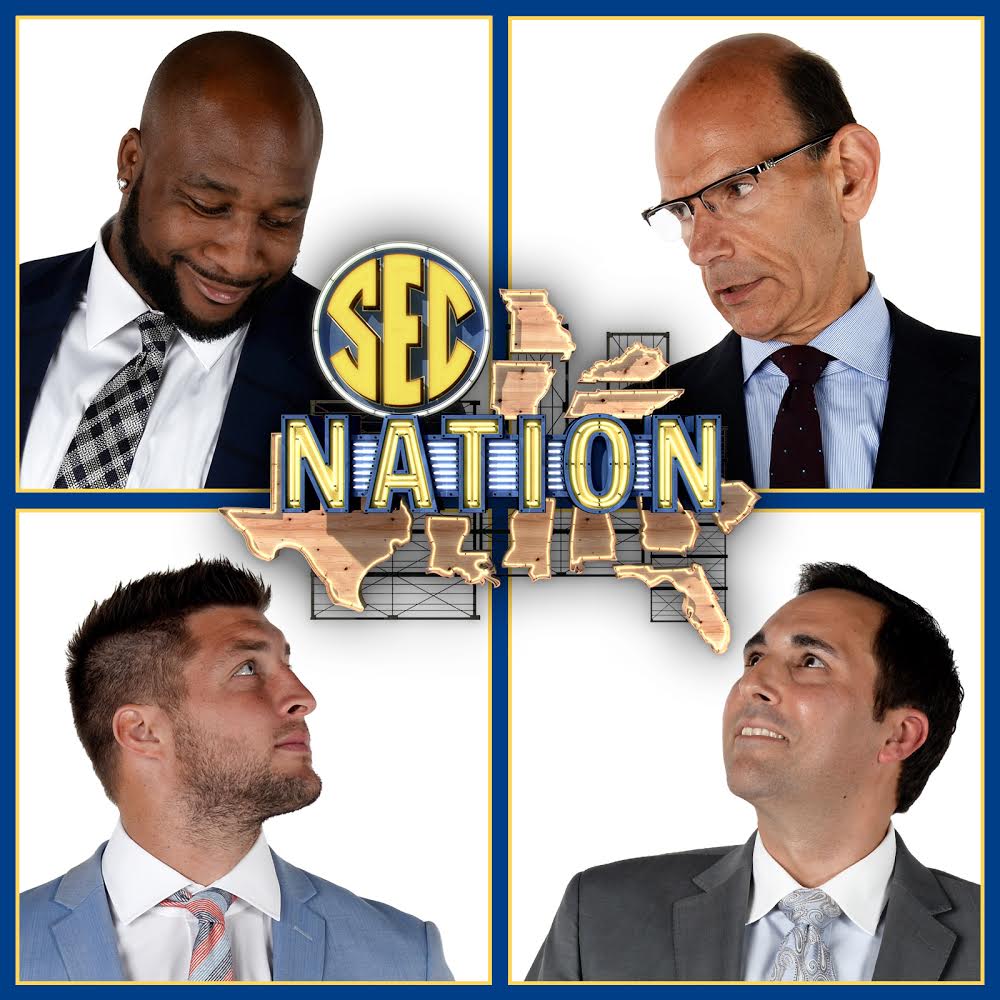 SEC Nation will be filming on The Quad on Mizzou’s Campus on Saturday, November 1 at 9 a.m. CT ahead of Mizzou Football’s game against Kentucky. Live shots will begin at 8 am

SEC Nation is the SEC Network’s traveling pregame show. Each week, Tim Tebow, Paul Finebaum, Joe Tessitore, Marcus Spears, and Kaylee Hartung travel to different colleges in the SEC for game days. The cast and crew report on everything from players and coaches to tailgating.

The college football show has made its rounds at schools down south since the beginning of the 2014 SEC football season. The show is known for its prime locations. This week, the set will showcase the columns as its backdrop.

Mizzou Football fans are encouraged to come out to the Quad at 8 a.m. to be a part of the show and witness the all-star cast break down the Mizzou versus Kentucky game that is set to kick-off at 3 p.m. CT. in The ZOU.

Mizzou Head Football Coach Gary Pinkel will be on set at 10:00am.