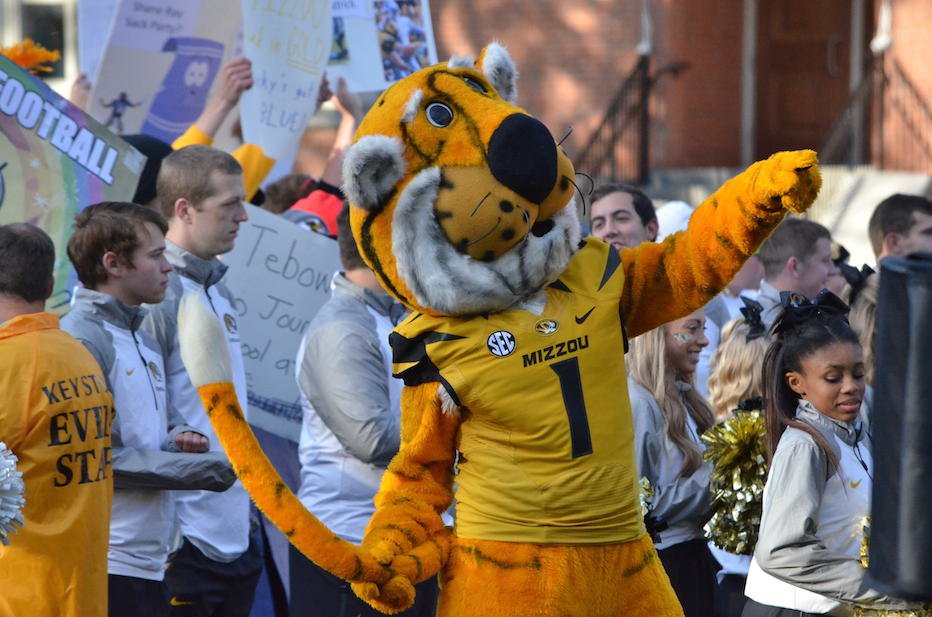 Mizzou fans young and old arrived early to witness the all-star cast broadcast live from one of Mizzou’s most iconic locations, the Columns on Francis Quadrangle. For Mizzou’s fan base, SEC Nation’s visit was significant.

“I just really think it’s cool that SEC Nation is here. Mizzou has such great school spirit and I think it helps to bring everyone together and get everyone excited about the game and Mizzou,” said one Mizzou fan before the show.

Head Coach Gary Pinkel appeared on the 2-hour show to talk Mizzou Football and the team’s preparation for the Kentucky matchup.

“We’re just trying to get better. I say it a lot, but that’s what we do as coaches. We evaluate, we go in, and we try to make ourselves better and improve,” Pinkel said on the show. “Every week is a great challenge in this league, and we’re playing a great Kentucky team today.”

Part of SEC Nation’s routine is naming the “Freak of the Week,” selected every week by Tim Tebow. This week’s pick was junior defensive end Shane Ray, who went on to break the Mizzou single-season sack record in the fourth quarter of the Kentucky game.

The televised talk show was an opportunity for Mizzou to show off their electric school spirit on camera and to make their mark within the SEC family.

“Thanks to Mizzou for making this morning memorable on SEC Nation,” Paul Finebaum tweeted Saturday afternoon. “What a special experience. I’m a Mizzou fan for life.”