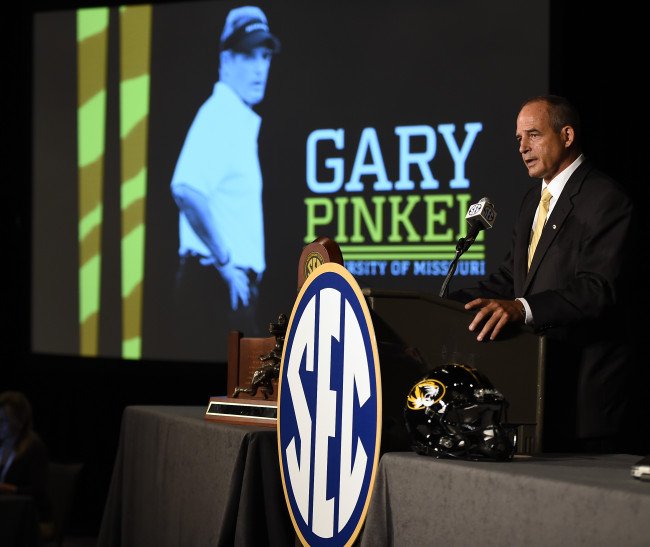 Due to last season’s success, Mizzou football Head Coach Gary Pinkel discussed the program’s expectations for the upcoming season at the SEC Media Day on Wednesday, July 16, in Hoover, Ala.

The media asked how he would replace the defensive end position since both Sam and Ealy were drafted. Pinkel answered by saying that he expects big things from red-shirt freshmen Marcus Loud and Charles Harris, Markus Golden and Shane Ray, among others. He said the program focuses on constantly developing players to get better.

Pinkel also talked about how he was influenced by Coach Don James. He said that James knew exactly how to run a program and had a tremendous impact on him.