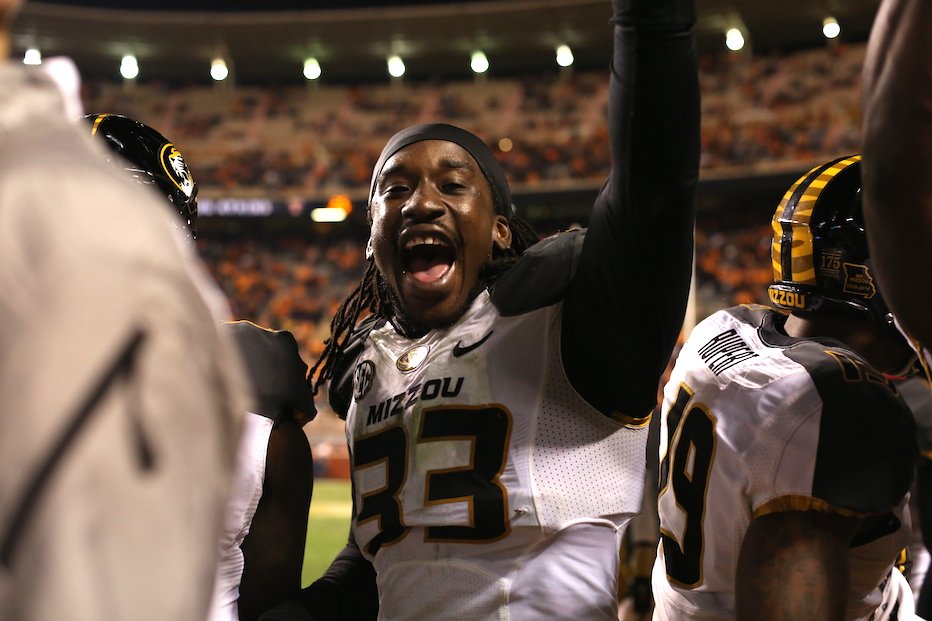 Football defensive end Markus Golden has been named the SEC’s Defensive Player of the Week after his role in the team’s 29-21 victory over Tennessee on Saturday, November 22 in Knoxville.

The senior sacked the Volunteers quarterback twice and added 2.5 tackles for loss, along with a fumble recovery.

Golden and the rest of the Mizzou defense shut down the Tennessee offense, holding it to 279 yards and 14 points as one touchdown for Tennessee occurred on special teams.

The St. Louis native now has 8.5 sacks and 14 tackles for loss this season.

Mizzou Football will take on Arkansas in the Battle Line Rivalry on Friday, November 28 at 1:30 p.m. in The ZOU. The game will be broadcast on CBS, and fans can follow Mizzou Football on Twitter, Instagram, and Facebook for updates throughout the game and listen in via Tiger Network radio affiliates.

Mizzou Made in the NFL: Week 12
Scroll to top