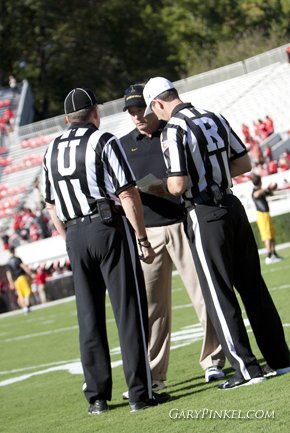 Sean Weatherspoon, a Mizzou Made outside linebacker starting for the Atlanta Falcons, will host a youth football clinic June 6-7.

The 6-foot-2 Weatherspoon, who hails from Jasper, Texas, was a Butkus Award Finalist and the Valero Alamo Bowl Defensive MVP in 2008, his third year at Mizzou. While playing for the Tigers, he compiled 376 tackles (averaging an impressive 125 per year), 12 sacks, 3 forced fumbles, 4 interceptions, and 2 defensive TDs in three years as a starter—not to mention a two-point conversion versus Murray State as a freshman.

Following his senior year at Mizzou, Weatherspoon was drafted 19th overall by Atlanta and quickly became a major contributor to a very good Falcons defense. In 2012 the team named him captain of the defense, thereby acting as quarterback of that side of the ball, receiving calls on the field.

The fooball clinic is for youngsters ages 8-15 and will take place in Sugar Hill, Ga., roughly 40 miles from Atlanta. Registration will commence at 5 p.m. on June 6, with the action running from 6 to 8 p.m. Drills will pick up again at 9 a.m. the next day and run until 1 p.m.

The cost of the camp is $50 if participants pre-register and $75 the day of the clinic. Visit seanweatherspoon.org for updated information.