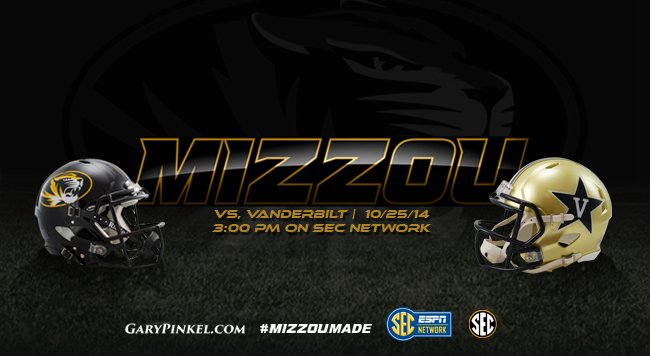 The Homecoming tradition originated at Mizzou in 1911, thanks to the vision and efforts of Chester L. Brewer, MU’s Athletic Director at the time.

That year, the Missouri-Kansas game was to be played on a college campus for the first time ever. Previously, the game had been held in either Kansas City or St. Joseph. Brewer wanted to add some spice to the season-ending game in Columbia, so he issued a plea to Mizzou alumni and especially to former Tiger football players to “Come Home” for the game. They did just that, with a record crowd of 9,000 overflowing old Rollins Field. Hence, “Homecoming” was born. 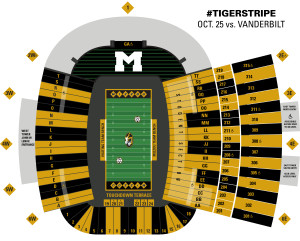 Mizzou has a 59-38-5 record in Homecoming games over the years, and the Tigers have emerged victorious in 9 of the last 12, including a 36-27 win over No. 1-ranked Oklahoma in 2010. Mizzou also got its first-ever SEC win in the 2012 Homecoming tilt against Kentucky.

The theme of this year’s homecoming week is “Celebrating Our Stripes.” Mizzou Nation is encouraged to take part in “tiger striping” The ZOU by dressing in either black or gold depending on their seating section.

Mizzou vs. Vanderbilt in History

Mizzou currently holds a 3-2-1 series edge over Vanderbilt all-time. Although the two schools have only met twice as SEC foes, the Tigers and Commodores first faced off way back in 1895. Mizzou claimed a 16-0 victory in the series opener, and then came out on top again the following year, winning by a score of 26-6.

The series was dormant until Mizzou joined the Southeastern Conference in 2012, and the divisional opponents have split the two league meetings. Vanderbilt squeaked out a 19-15 win in Mizzou’s inaugural SEC season, and the Tigers returned the favor in a big way last year, routing the Commodores 51-28 in Nashville.

Mizzou is coming off a dominating 42-13 road win in The Swamp in which four of the Tiger’s five touchdowns were scored via special teams and defense. The defense was suffocating, forcing six turnovers and combining for six sacks. Shane Ray had two of those QB takedowns, including one that resulted in a forced fumble and a subsequent 21-yard scoop-and-score by Markus Golden.

As a result of his efforts, Ray was named SEC Defensive Lineman of the Week for the third time this season. The defensive end currently leads the SEC in sacks and tackles for loss and will look to stay atop the conference in both categories with another strong showing against Vanderbilt.

Marcus Murphy was also recognized for his outstanding performance vs. the Gators, which included a kick return TD, a punt return TD, and a rushing score. The SEC Special Teams Player of the Week became the first Tiger ever to score touchdowns by rush, kick return and punt return, and will have a chance to make an impact in all facets of the game on Saturday.

Kickoff for the Mizzou-Vanderbilt game is set for 3 p.m. CT and can be seen on the SEC Network. Mizzou Football will post live updates on Twitter, Instagram, and Facebook throughout the game, and fans can also listen in via Tiger Network radio affiliates.

Watch #MizzouMade Tigers in the NFL: Week 8
Scroll to top