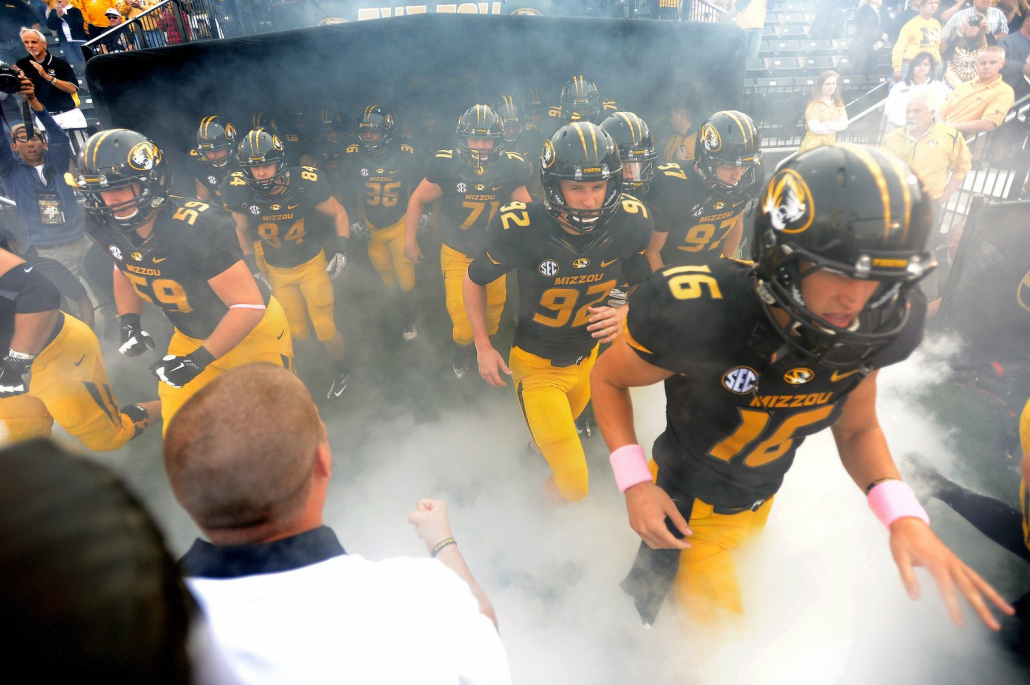 Mizzou opens the 2014 season against the Jackrabbits of South Dakota State on Saturday, August 30 at 2:30 pm CT in The ZOU. The Mizzou Tigers are coming off a thrilling 2013 season in which they went 12-2 en route to the SEC East title and a victory in the Cotton Bowl. South Dakota State posted a record of 9-5 a season ago and made it to the second round of the FCS Playoffs. This is the first ever meeting between the two schools.

The Mizzou offense is run by redshirt sophomore Maty Mauk. Mauk started four games last season in place of injured starting quarterback James Franklin, and played in 13 of 14 games in all, throwing for 1,071 yards and 11 touchdowns. The dual-threat QB also ran for 229 yards and a touchdown and was named to the SEC All-Freshman team. With his lethal combination of arm strength and speed, Mauk is always a threat to make a game-changing play.

Junior Russell Hansbrough and senior Marcus Murphy will lead the Mizzou backfield on Saturday. Hansbrough is coming off of a solid 2013 campaign in which he rushed for 685 and four touchdowns. He will be Mizzou’s primary rusher and will look to duplicate his 6.0-yard-per-carry average from a year ago.

Murphy had a career year running the ball last season gaining 601 yards on 92 carries (a 6.5 YPC average) and tallying nine touchdowns. He also corralled a receiving touchdown last season, and he will be called on to make an even greater impact in the passing game this season because he will split time between tailback and slot receiver. Murphy will also serve as the team’s primary punt and kick returner, a role in which he has thrived over the past three seasons, gaining more than 2,000 yards and returning four kicks for scores in his career at Mizzou.

With Mizzou’s top three receivers gone from a year ago, opportunity abounds for a trio of veterans to step up and make an impact. Seniors Bud Sasser, Jimmie Hunt, and Darius White—along with Mauk—make up the “Four Horsemen” and have a chance to do some damage in the Mizzou aerial attack. Sasser started nine games in 2013 and turned in a career high in receptions (26) and yards (361). He has a chance to start every game this season and will use his athleticism, speed and smooth route running abilities to prove his worth in game one.

Hunt also set career highs in receptions (22) and yards (253) last season and will look to build on that success in 2014. The 6-foot 215-pound receiver has an effective combination of speed and size that make him a big-play threat every time he touches the ball.

White, a transfer from Texas, is a gifted athlete who has the potential to be a dynamic weapon in the Mizzou offense. He was ranked as the No. 3 receiver in the nation by ESPN coming out of high school, and he has the opportunity to showcase the talents that earned him such high praise here in his senior season. At 6-foot-3, White is the tallest of the Mizzou receiving bunch and could very well be Maty Mauk’s go-to target in the red zone.

On the defensive side of the ball, Mizzou will be getting after the Jackrabbits with the best defensive line in the country. On the edge of that line will be defensive ends Markus Golden and Shane Ray, an explosive, dynamic duo that combined for 11 sacks a season ago. 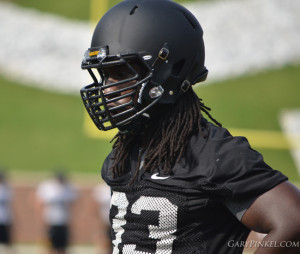 Golden racked up 6.5 sacks and 55 tackles (13 for loss) in 2013 despite playing only about 40-percent of the team’s snaps. The 6-foot-3 senior has a non-stop motor and a spectacular burst off the line of scrimmage, two tools he will use to wreak havoc in the South Dakota State backfield.

When the Jackrabbits do happen to escape the wrath of Ray and Golden and get a pass off, safety Brandon Webb will be waiting in the secondary. The two-year starter was one of the Mizzou Tigers’ most consistent defensive playmakers last season, making 89 tackles and snagging three interceptions, good for second on the team in both categories. He’ll look to record another pick on Saturday and extend Mizzou’s national-best forced turnover streak to 44 consecutive games.

Saturday’s game will be broadcast on ESPNU and Tiger Network radio affiliates.

#MizzouMade Car To Debut At Season Opener
Scroll to top