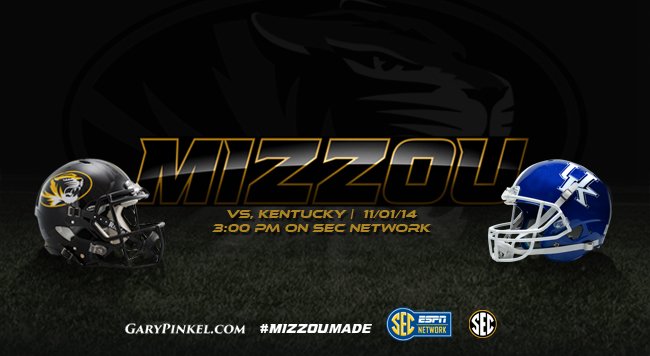 Mizzou Football (6-2 overall, 3-1 in SEC play) concludes its two-game home stand on Saturday as it hosts the Kentucky Wildcats in The ZOU.

SEC Nation, the SEC Network’s traveling pregame show, will be making its first trip to Columbia, Mo., this weekend. Host Joe Tessitore alongside Tim Tebow, Marcus Spears, Paul Finebaum and reporter Kaylee Hartung will report on the sights and sounds of the Tigers against the backdrop of the University of Missouri’s famous Columns. The show will be live from 9-11 a.m. CT, and fans are invited to visit the show’s set at Francis Quadrangle starting at 8 a.m. 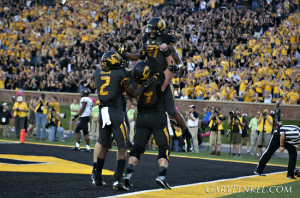 Mizzou enters the weekend on a two-game win streak after grinding out a 24-14 win over Vanderbilt last Saturday.

Saturday is the first of November, and as the old adage goes, “Those who win in November will be remembered.” It’s a saying that Pinkel espouses every year with his team, and his message has gotten through in recent seasons. Mizzou is 21-7 in the month of November from 2007-2013 and has won four conference divisional championships in that span (2007, 2008, 2010, 2013).

Sasser’s two touchdown performance against Vanderbilt was the second of his career, and the senior’s 40 catches on the season are tied for the second-most in the SEC.

Hoch is coming off one of the best performances of his career, as he set new career highs in tackles for loss (2.5) and sacks (1.5) to go along with six tackles. After coming to Mizzou as a tight end, Hoch is in his third year playing defensive tackle and is a big reason for Mizzou’s success in stopping the run this season. 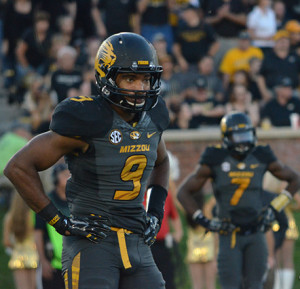 Webb ranks third in the SEC in interceptions, and he has come down with three in the last two games.

In addition to the three playmakers above, also keep an eye on the Mizzou rushing attack. Marcus Murphy and Russell Hansbrough each ran for more than 85 yards last week at a clip of over 4.5 yards per carry. Mauk complemented the backfield duo with 67 yards of his own on seven quarterback keepers.

Kickoff for the Mizzou-Kentucky game is set for 3 p.m. CT and can be seen on the SEC Network. Mizzou Football will post live updates on Twitter, Instagram, and Facebook throughout the game, and fans can also listen in via Tiger Network radio affiliates.

Watch #MizzouMade Tigers in the NFL: Week 9
Scroll to top