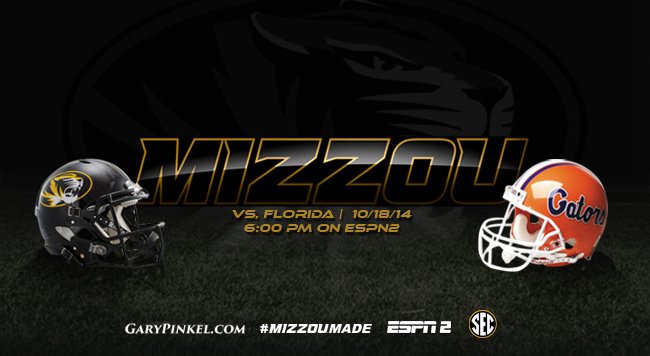 Mizzou Football (4-2 overall, 1-1 in SEC play) continues its trek through the SEC East on Saturday, as the team heads to Gainesville, Fla. for a showdown in the Swamp with the Florida Gators (3-2, 2-2).

Saturday’s trip to Florida will be a homecoming of sorts for a number of Tigers. DeSean Blair, Nate Crawford, Sean Culkin, Lawrence Lee, Rocel McWilliams, Darvin Ruise, Trevon Walters, Spencer Williams, Ish Witter, and Marvin Zanders all hail from the Sunshine State. With 10 players from the beach-laden peninsula, Florida is the second-most represented state outside of Missouri on the Mizzou roster. All of the Florida players will be at the game in their home state.

Since Mizzou joined the SEC prior to the 2012 season, the Tigers have made significant recruiting inroads in the state of Florida.  After receiving one signee from Florida in each of the first two SEC signing classes, six Floridians signed with Mizzou in 2014, and that upward trend is expected to continue in 2015.

Culkin, who calls Largo, Fla., home, was the first player from Florida to sign with Mizzou in the SEC era. After appearing in every game as a redshirt freshman a season ago, Culkin has been a vital part of the offense in 2014, corralling eight balls for 89 yards and a touchdown while also playing an instrumental role in the blocking game.

Crawford, who pledged to the Tigers in 2013, is an exciting young offensive tackle prospect who will have a chance to make an impact in the trenches in 2015.

This year’s current freshman class is loaded with Florida playmakers. Walters and Witter have the makings of a dynamic running back duo, as each amassed over 25 touchdowns in their high school careers. Joining them on offense are Blair and Lee, a pair of all-state receivers who possess plus speed and explosive ability. Zanders, a highly-regarded, ultra athletic dual-threat quarterback, will have a chance to use those weapons in his next few years in The ZOU, and McWilliams and Williams are primed to follow in the footsteps of the countless outstanding Mizzou defensive ends who have come before them.

Kickoff for the Mizzou-Florida game is set for 6 p.m. CT and can be seen on ESPN2. Mizzou Football will post live updates on Twitter, Instagram, and Facebook throughout the game, and fans can also listen in via Tiger Network radio affiliates.