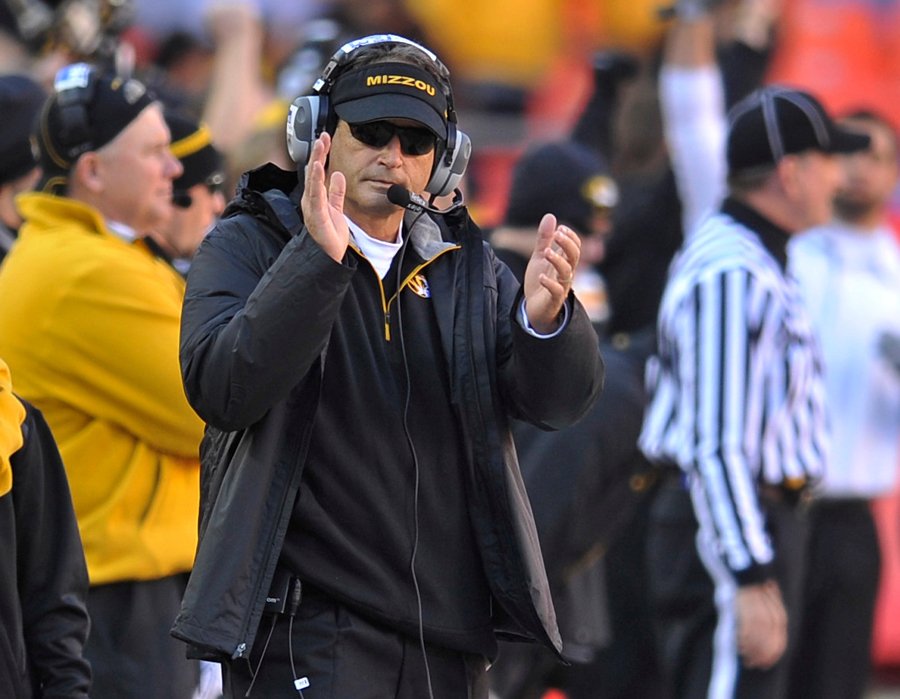 Columbia, Mo. – Former Mizzou head coach Gary Pinkel and all-purpose player Jeremy Maclin are included on the 2022 ballot for induction into the College Football Hall of Fame, it was announced by the National Football Foundation (NFF) on Wednesday.

In 2007, Jeremy Maclin broke the NCAA single-season freshman record for all-purpose yards, as he amassed a whopping 2,776 yards – including 1,055 receiving, 1,039 kickoff return, 375 rushing and 307 punt return. Maclin scored 16 touchdowns total, with nine scores coming on receptions, four on the ground, two via punt returns and one on a kickoff return. A first-team consensus All-American, he was the only player in Division I in 2007 to score touchdowns in all four all-purpose categories.

He repeated with consensus first-team All-America honors in 2008 as he led the NCAA in all-purpose yardage (202.36 ypg) and broke MU’s single-season receiving records with 102 receptions, 1,260 yards and 13 TDs. He closed his career with Offensive MVP honors in the 2008 Alamo Bowl, as he returned a punt for a TD and caught the game-winning TD pass from Chase Daniel in Mizzou’s 30-23 overtime win.

To be eligible for the ballot, players must have been named a first team All-American by a major/national selector as recognized and utilized by the NCAA for their consensus All-America teams; played their last year of intercollegiate football at least 10 full seasons prior; played within the last 50 years; and cannot be currently playing professional football.

Coaches must have coached a minimum of 10 years and 100 games as a head football coach; won at least 60 percent of their games; and be retired from coaching for at least three full seasons. If a coach is retired and over the age of 70, there is no waiting period. If he is over the age of 75, he is eligible as an active coach. In all cases, the candidate’s post-football record as a citizen may also be weighed.

Commit to the #NewZou, season tickets and renewals for the 2021 Mizzou Football season are now on sale. For more information, visit MUTigers.com/NewZouTix or call 1-800-CAT-PAWS. For all the latest on Mizzou Football, stay tuned to MUTigers.com and follow the team on Twitter (@MizzouFootball) and like the team on Facebook and Instagram.