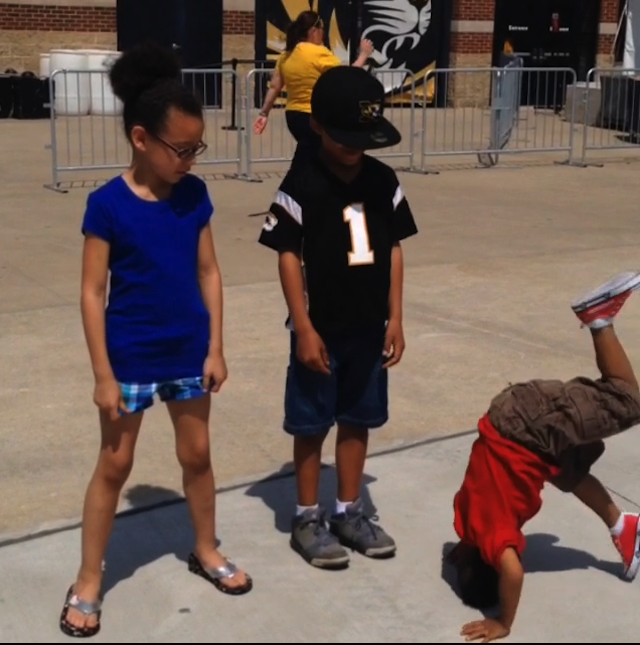 After Mizzou’s 41-31 victory over Oklahoma State in the Cotton Bowl, GP broke out the Pinkel Dance, and in the four months since, it has taken Mizzou Nation by storm.

Often imitated, but never duplicated, fans young and old have taken a stab at Coach’s signature move. Some have stuck to the fundamentals, while others have added their own spin to it. Even Truman got in on the fun.

Check out the video above to see moms, dads, students, and children break it down. Spoiler alert: the break dancing kids steal the show.