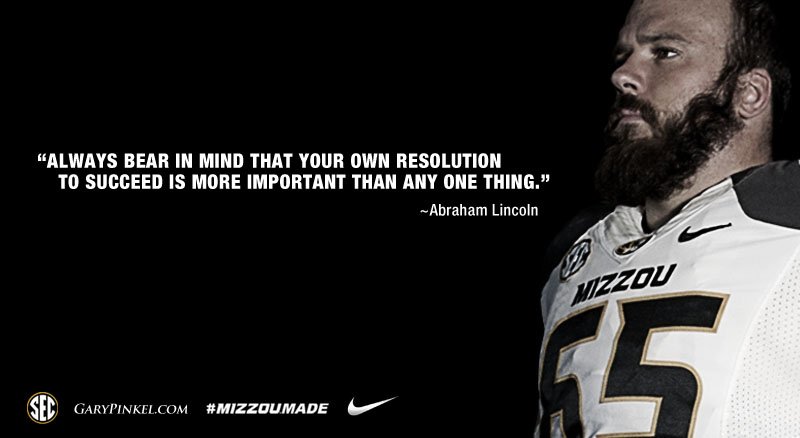 “Always bear in mind that your own resolution to succeed is more important than any one thing.”
–Abraham Lincoln

Persistence is the power to hold on in spite of hardships. It is the ability to face defeat again and again without giving up. Persistence means enduring pain to overcome tough obstacles. It requires strength, power, endurance, and faith to press on towards the finish line.

Keeping that perspective of strength and endurance can seem impossible at times. In the face of scrutiny, though, let persistence take the lead. Persistence takes the focus away from cut-and-dried performance reports and focuses on the process. Bad things that occur do not mean you are a failure. The mistakes you make do not define your character. Everything that happens — good or bad — should motivate you to be persistent.

Persistence manifests itself differently in everyne. Most exemplify and foster it in one of two ways. In the first way, you find a way to press on despite doubts and fears. You may not be certain about your ability, future, or success, but the strength to keep going propels you forward. The second type of persistence stems from something deep within. It is not just what you do, but part of who you are. No matter what the score is, what your record is, or what obstacles are in front of you, you have a plan to never give up and keep pressing forward. No excuses.

In the wise words of Abraham Lincoln, “Always bear in mind that your own resolution to succeed is more important than any one thing.” He knew that persistence triumphs over any failure. He never quit, no matter how many times he faced defeat. His true character was not exemplified through his losses, but through his ability to never quit despite them.

Whenever quitting seems like the only way out, keep in mind the persistence of Abraham Lincoln:

Abraham Lincoln refused to see his failures as black and white. His persistence helped him to overcome his losses, and he was elected President of the United States in 1860. Because he had the strength, power, endurance and faith to keep going, he earned and flourished as a leader of the free world.

When you use the power to hold on in spite of hardships, you have the world at your fingertips. Your defeats are not a personal blow to your character, but an obstacle that can be overcome. Imagine all of the Abraham Lincolns there would be if the focus were always on the process instead of the performance.