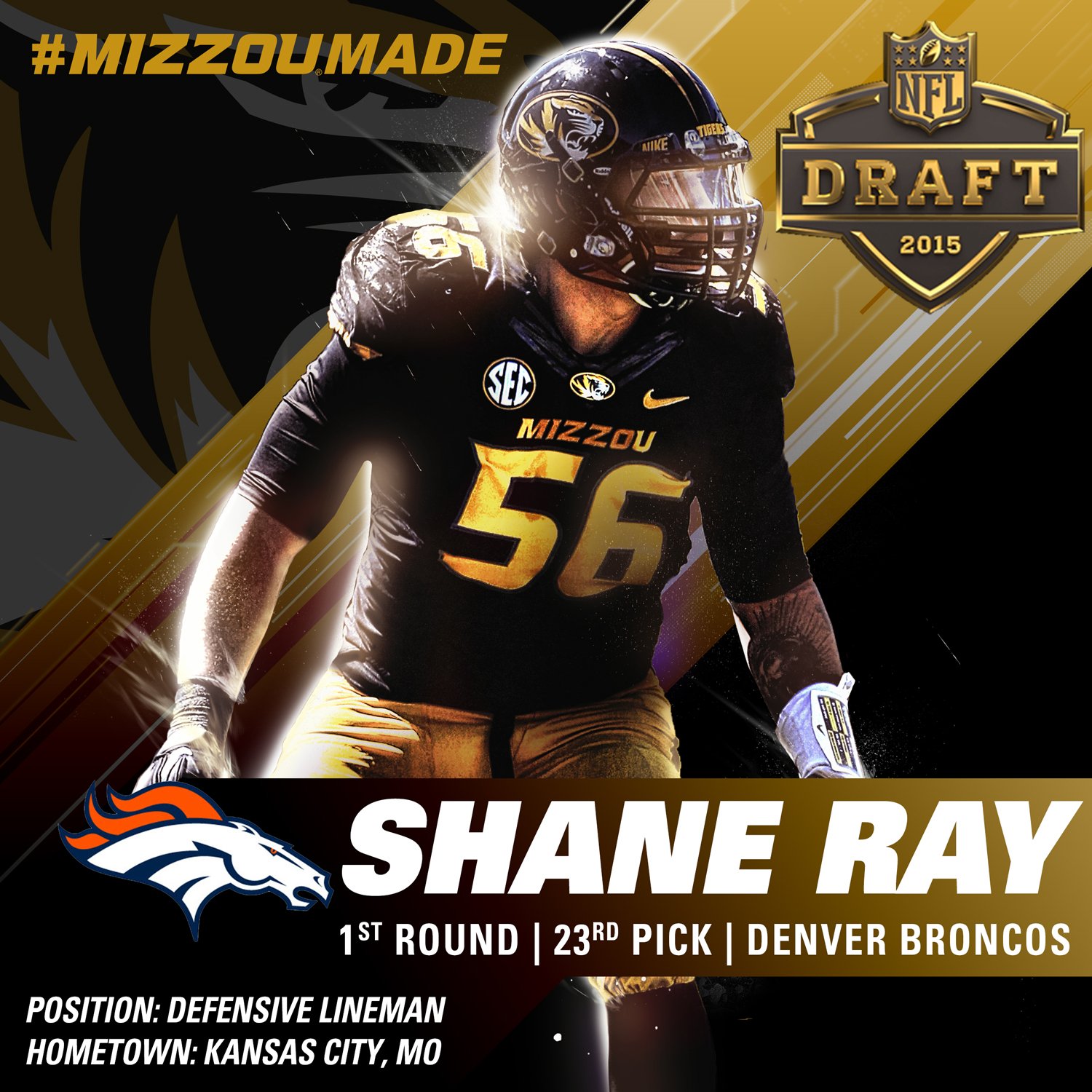 CHICAGO, Ill. – Mizzou junior defensive end and reigning SEC Defensive Player of the Year Shane Ray (Kansas City, Mo.) was selected with the No. 23 overall pick in the first round of the 2015 NFL Draft by the Denver Broncos on Thursday (April 30).

Ray becomes the seventh Mizzou standout since 2009 to be drafted in the first round of the NFL Draft, joining DL Sheldon Richardson (No. 13 to the New York Jets in 2013), DL Aldon Smith (No. 7 to San Francisco in 2011), QB Blaine Gabbert (No. 10 to Jacksonville in 2011), LB Sean Weatherspoon (No. 19 to Atlanta in 2010), WR Jeremy Maclin (No. 19 to Philadelphia in 2009) and DT Ziggy Hood (No. 32 to Pittsburgh in 2009). Ray continues the trend of defensive lineman taking their careers in the NFL, becoming the sixth defensive lineman under Craig Kuligowski to be drafted since 2009.

Ray is the 19th Tiger in history to be taken in the NFL Draft’s first round. Prior to tonight’s draft, Mizzou ranked among the top five programs nationally in first round NFL Draft picks since 2009. Mizzou head coach Gary Pinkel has now seen 27 players drafted since taking over the program in 2001.

Drafted in the 1st-round by the Denver Broncos in 2015.