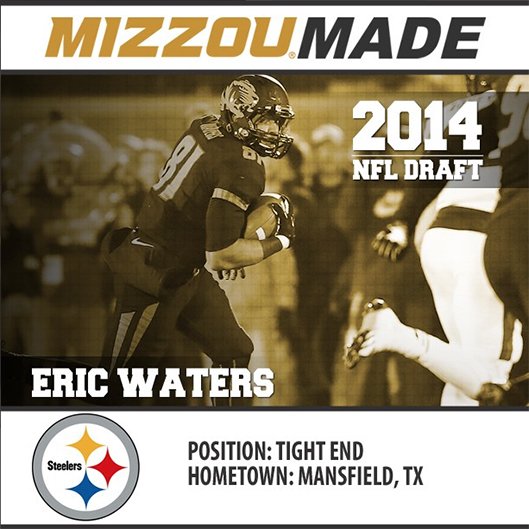 Veteran tight end who can contribute in either the passing game or in the running attack due to his blocking abilities … Opens spring camp atop the depth chart, where he’ll look to be the starter for a second-straight year.

Caught four passes for 27 yards in 12 games in his first year as the primary tight end for the Tigers … Made seven starts in all, and was used extensively as a blocking back as well … Had two receptions for 9 yards in the season opener against Southeastern Louisiana and later had a 17-yard reception at Central Florida … Made one catch for a yard against Alabama, and late in the game had to be carted off the field as a precaution for a neck injury he sustained when landing after a hit … He recovered quickly from the blow, though, and the bruised neck didn’t force him to miss any action … Also played on various special teams units, and he was credited with a 17-yard tackle for loss when he got free to stop Alabama punter Cody Mandell after he bobbled the snap.

Saw action in 11 games in his sophomore season, playing mostly on special teams, but also getting more involved on the offense … Had two catches on the season, one of which was a TD … Caught his first career TD, a 42-yard strike from James Franklin against Texas A&M … Caught one pass for four yards against Western Illinois … Blocked a punt against Texas…

Enrolled in January after graduating from high school early, and used that added experience from spring camp to his advantage, as he earned playing time as a true freshman … Played in all 13 games, primarily on special teams, and was a valuable contributor, as he blocked one kick (a punt versus Colorado that set up a Tiger score) and made a tackle at Iowa State.

Was a sleeper in the Tigers’ stellar 2010 recruiting class, someone who went under the radar due to his late entry into football, as he spent most of his youth focusing on the sport of basketball … Ranked by Rivals.com as the nation’s No. 27 tight end prep prospect, while ESPN.com puts him at No. 28 nationally at the same position … Rated by Scout.com as the nation’s No. 45 tight end prospect … As a senior in 2009, caught 23 passes for 361 yards and 3 touchdowns, after catching 26 passes for 305 yards and 2 touchdowns during his junior season … Was also an all-district performer for his school’s basketball team … High school coach – Travis Pride.

Parents – Eric & Robbie Waters … Is majoring in nutrition and fitness at Mizzou … Lists hobbies as relaxing and playing football … Chose Mizzou over Houston, Kansas and Baylor, among others.