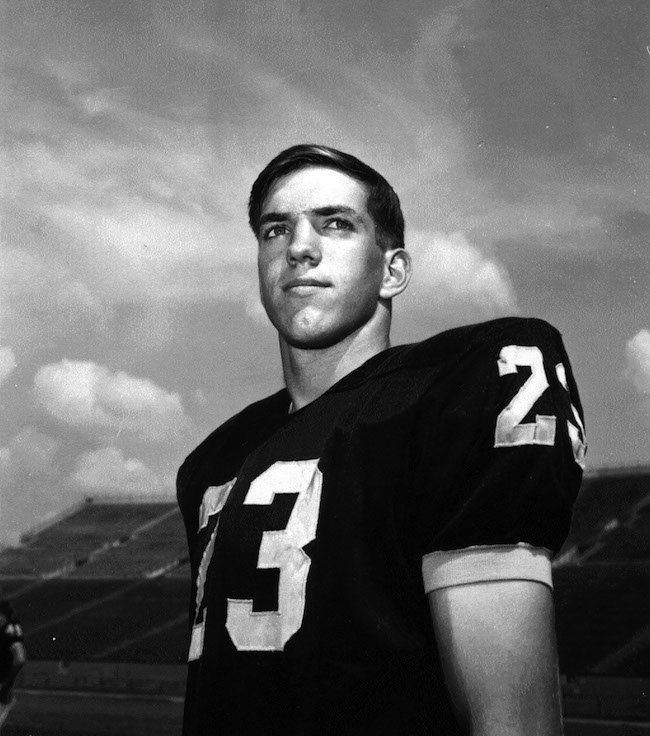 Pro Football Hall of Famer will be honored at Weekend of Champions Dec. 4-5 in Atlanta

COLUMBIA, Mo. – The Southeastern Conference announced its 2015 Legends Class on Tuesday (Sept. 29) and Mizzou Football’s Roger Wehrli will be honored in this year’s class. A Pro Football Hall of Fame member, Wehrli starred for the Tigers from 1966-68, earning Big Eight Defensive Player of the Year and consensus All-America honors in 1968. Wehrli is one of just seven players to have his number at Mizzou retired.

A native of New Point, Mo., Wehrli was a standout player under legendary head coach Dan Devine, playing cornerback and serving as the team’s punt and kick return specialist. In his career, he totaled 10 interceptions (seven in his senior season). He led the nation in total punt returns and punt return average as a senior and helped Mizzou to a 35-10 win over Alabama in the Gator Bowl that year. He had a decisive interception in that game to help Mizzou clinch the win.

For his accomplishments at Mizzou, he was in the first class of inductees into the Missouri Sports Hall of Fame and was also a charter member of the University of Missouri Intercollegiate Athletics Hall of Fame in 1990. He is also in the College Football Hall of Fame.

Following his decorated career at Mizzou, Wehrli was first round pick in the 1969 NFL Draft, going 19th overall to the St. Louis Cardinals where he played from 1969-1982. He was a seven-time Pro Bowl selection, a five-time First Team All-Pro selection and an NFL 1970s All-Decade Team honoree. He finished his career with 40 interceptions, amassing 898 interception yards and nine touchdowns. He was enshrined in the Pro Football Hall of Fame in 2007.

Wehrli and the rest of the 2015 SEC Legends Class will be honored at the SEC Championship Game on December 5 in Atlanta.