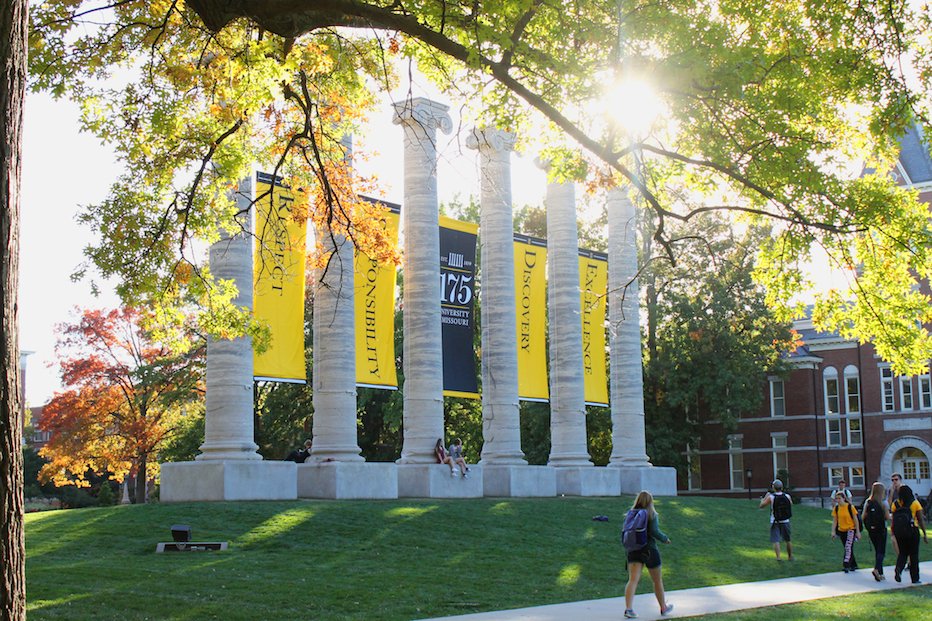 is known as the birthplace of Homecoming.

The Homecoming tradition originated at Mizzou in 1911, thanks to the vision and efforts of Chester L. Brewer, MU’s Athletic Director at the time.

That year, the Missouri-Kansas game was to be played on a college campus for the first time ever. Previously, the game had been held in either Kansas City or St. Joseph. Brewer wanted to add some spice to the season-ending game in Columbia, so he issued a plea to Mizzou alumni and especially to former Tiger football players to “Come Home” for the game. They did just that, with a record crowd of 9,000 overflowing old Rollins Field. Hence, “Homecoming” was born.

The tradition of Homecoming at Mizzou began with a spirit rally and a parade, and has since become the largest event of its kind in the nation. Recently, Mizzou’s Homecoming celebration was named the best Homecoming in the nation. It is also held up as a model Homecoming program by the Council for Advancement and Support of Education.

Carrying on the spirit of the event it started, Mizzou still has its annual parade and spirit rally. Homecoming events at Mizzou have broken the world record for the largest peacetime blood drive on a college campus and have included a large emphasis on community service, campus and town decorations, and talent competitions, among numerous other activities.

On the gridiron, Mizzou has a 59-38-5 record in Homecoming games over the years, and the Tigers have emerged victorious in 9 of the last 12, including a 36-27 win over No. 1-ranked Oklahoma in 2010. Mizzou also got its first-ever SEC win in the 2012 Homecoming tilt against Kentucky.

Mizzou Football will look to continue its tradition of Homecoming excellence when it hosts the Vanderbilt Commodores on Saturday, October 25, at 3 p.m. In accordance with this year’s homecoming theme, “Celebrating Our Stripes,” Mizzou Nation is encouraged to take part in “tiger striping” The ZOU by dressing in either black or gold depending on their seating section.

The contest between the Tigers and Commodores can be seen on the SEC Network, and Mizzou Football will post live updates on Twitter, Instagram, and Facebook throughout the game. Fans can also listen in via Tiger Network radio affiliates.