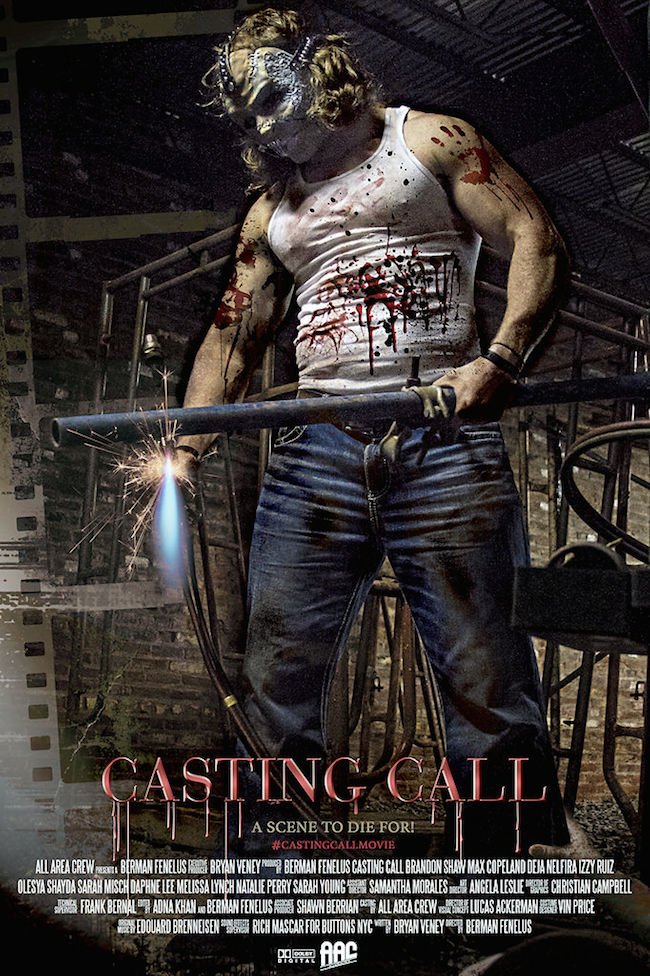 By Aaron Reiss of Columbia Missourian

COLUMBIA — Max Copeland looked like himself, which made him the perfect serial killer.

The former Missouri offensive lineman known for his outrageous personality could soon be known as Roman Garbi, or “Hack-man,” in a horror film.

“I was just down the street looking crazy,” Copeland said, “which is my thing.”

Then a man stopped the big Montana native on a New York street. Copeland was sweaty — post-workout.

The man asked if Copeland was an actor.

Copeland lied. Let’s see where this goes, he thought.

Where it went was “Casting Call,” an independent horror movie for which screenwriter Bryan Veney hopes to get enough funding to produce a full-length film.