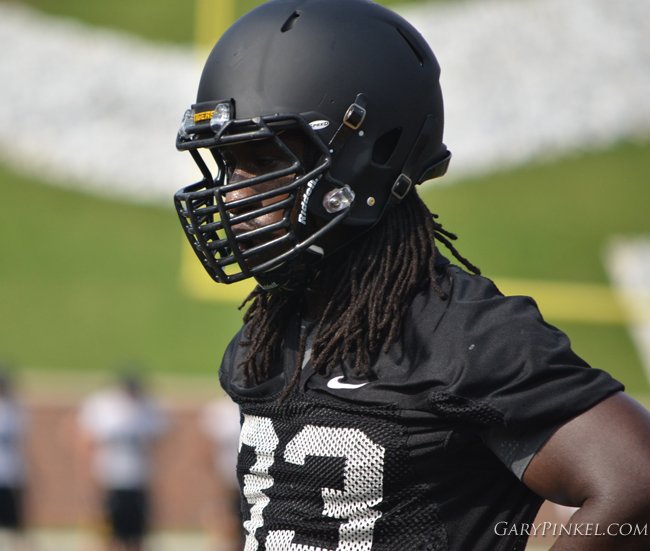 For Markus Golden, being #MizzouMade is something he holds close to his heart.

“It’s an honor just to even put on a Mizzou uniform,” Golden says.

The senior defensive lineman, who hails from St. Louis, said he and his family have loved Mizzou since he was little. However, his family has gotten a little bigger since attending Mizzou. Golden explained how Mizzou Football is one big, supportive family. This family environment is one of the goals that head coach Gary Pinkel instills into the program.

Golden had two sacks and five solo tackles during Mizzou Football’s season opening victory over South Dakota State on August 30. The senior captain was named to preseason watch lists for the Chuck Bednarik Award and the Bronko Nagurski Trophy, and Mizzou looks for Golden to be an impact player on defense this season.

“If anyone gets the chance to come to Mizzou you need to take it because it’s one of the best things that has ever happened to me,” Golden said.

Golden and the rest of the Mizzou Football Family will take their talents to Ohio this weekend, where they face off against the University of Toledo. The game will air on ESPN at 11:00am CST and on the radio via Tiger Network affiliates.

The Law of the Playmaker
Scroll to top