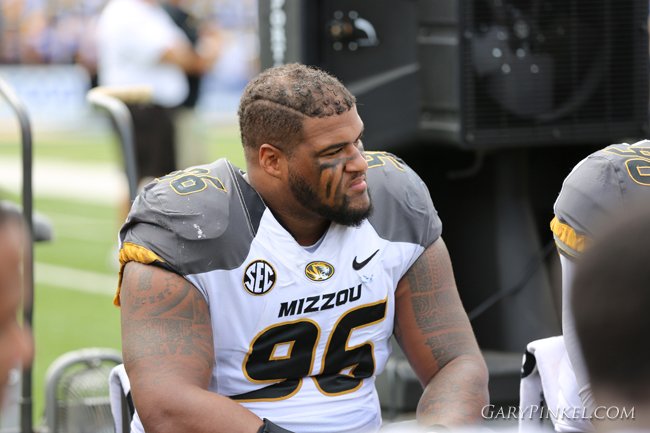 defensive lineman Lucas Vincent, being #MizzouMade means allowing his experiences as a part of the Mizzou Football family to shape who he is and what he stands for.

“You get here, you’re 17 or 18 years old, and four or five years later you come out a completely different person,” Vincent says. “It is because of the way we have been shaped here not just as football players, but as better men.”

This development is one of the cornerstones in head football coach Gary Pinkel’s program. Mizzou Football program wants to make sure that the players are respectable men that people can look up to.

Another cornerstone of the Mizzou football program is family. At the beginning of the year, each freshman player is given a “big brother” whose role is to act as a mentor and help guide them in the right direction, on the field and off.

“Being part of the Mizzou family is a real honor,” Vincent says. “To come in everyday and work with people who have become your best friends and brothers is something really special. It’s a real family atmosphere here. You can’t beat that when you’re a young kid trying to figure out where you’re going to spend the next four or five years of your life. You want to be comfortable.”

The redshirt senior from Olathe, Kansas played in all 12 games and recorded three tackles in 2012. In 2013, he had 34 total stops with one quarterback sack, four quarterback pressures, and a pass break up. Coming into this season, Vincent was at the top of the depth chart at the tackle spot and had a fumble recovery in the win at Florida.

Watch Vincent and the rest of the Mizzou Football family this Saturday, November 1 as they take on the Kentucky Wildcats in The ZOU. Kickoff is set for 3 p.m. CT and can be seen on the SEC Network. Fans can follow Mizzou Football on Twitter, Instagram, and Facebook and listen in via Tiger Network radio affiliates for updates throughout the game.

Mizzou Made in the NFL: Week 8
Scroll to top