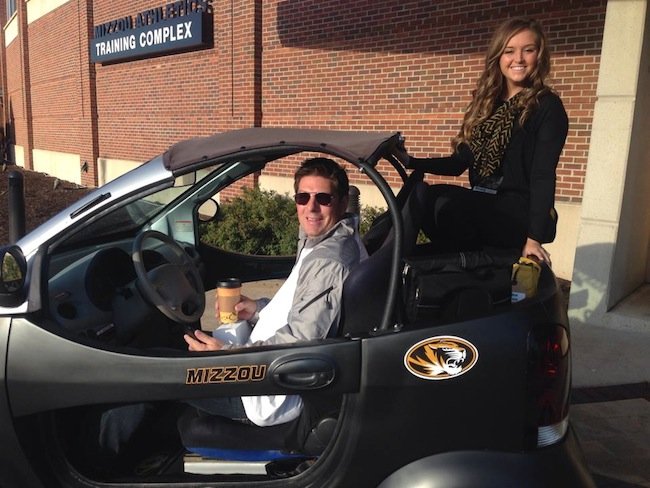 is the Mizzou Football Family’s approach to developing student-athletes academically, athletically, and socially better than any program in the nation.

It describes the coaching staff’s proactive approach to all areas of their players’ lives (academic, social, family, spiritual, and mental well-being). Throughout their time on the team, Mizzou football players develop their athletic skills, as well as tools to become respectful, educated, and well-rounded men.

But what does Mizzou Made mean to Mizzou Nation?

Every Saturday, the Mizzou faithful pack The ZOU to cheer on the Tigers. Come kickoff, Memorial Stadium is transformed into a roaring sea of black and gold, making it one of the toughest places to play in the nation.

Rain or shine, Mizzou fans are committed to the football family. To them, being #MizzouMade is about being a part of something bigger than themselves and doing whatever it takes to help the Tigers to victory.

Mizzou fans don’t just wear black and gold; they bleed it. Mizzou Nation is the best fan base in America, and they are #MizzouMade in the truest sense.