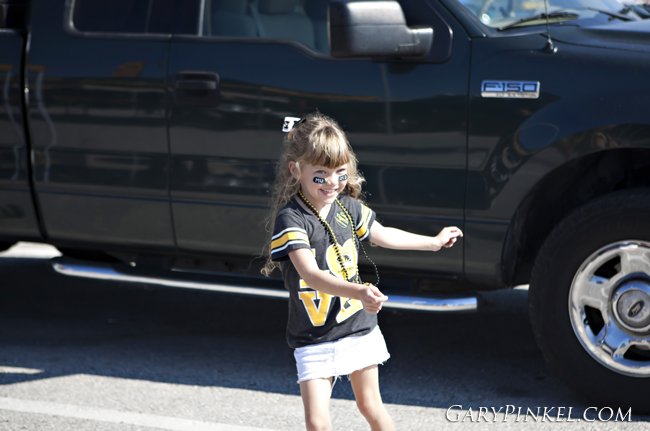 href=”https://www.gpmade.org/mizzou-made/”>#MizzouMade fans packed The ZOU on October 25 for the 103rd homecoming as the Tigers defeated the Vanderbilt Commodores 24-14. Mizzou is credited with the founding of Homecoming, and thousands of Mizzou alumni come back to Columbia every year to cheer on their beloved Tigers.

“Mizzou Made is all about tradition. I’ve been coming back for 15 years and seeing the program keep getting better every year,” said one Mizzou alum.

The theme for this year’s Homecoming was “Celebrating Our Stripes” and Mizzou Athletics coordinated the first ever tiger-stripe game where fans were encouraged to wear either black or gold depending on their section in the stadium.

“#MizzouMade to be me means being part of a family. I went to undergrad here and I’m in grad school now. I love Columbia. It’s my second home,” said a current Mizzou grad student.

#MizzouMade fans will once again be packing The ZOU this Saturday, November 1, as the Tigers take on the Kentucky Wildcats. Kickoff is set for 3 p.m. CT and can be seen on the SEC Network. Fans can follow Mizzou Football on Twitter, Instagram, and Facebook and listen in via Tiger Network radio affiliates for updates throughout the game.

Mizzou Nation is also encouraged to pack the quad from 8-11 a.m. Saturday for the filming of SEC Nation, the SEC Network’s traveling pregame show. SEC Nation, in its inaugural year, is visiting Columbia for the first time with hosts Tim Tebow, Paul Finebaum, Joe Tessitore, and Marcus Spears. Coach Pinkel is scheduled to appear on the show at 9 a.m.

SEC Nation Comes to The ZOU
Scroll to top