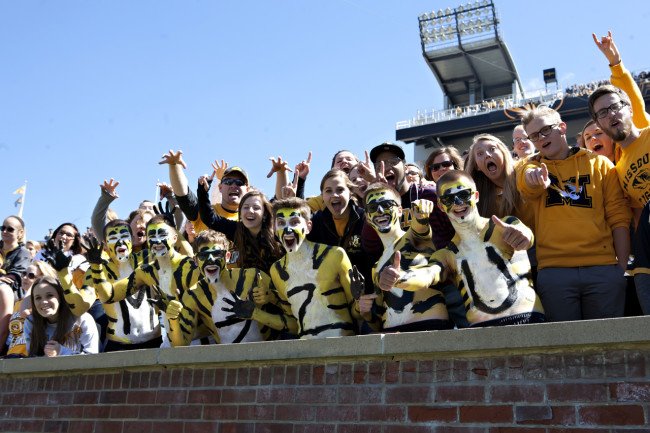 “Being #MizzouMade means coming home to my second home to be with all my friends again… and just the feeling the energy of the stadium,” shared Mizzou graduate Alana Zhu, who is now a nurse in St. Louis.

On seven Saturdays out of the year, thousands of Mizzou fans pack The ZOU to watch the Tigers. The energy in Columbia, Missouri is one of a kind as fans dressed in black and gold flood the town for the weekend to cheer on Mizzou Football.

While #MizzouMade for athletes may mean leaving everything on the field, for fans, being #MizzouMade means to cheer on Mizzou Football, win or lose.

Mizzou Football will play the Vanderbilt Commodores this Saturday, October 25 in the 103rd homecoming game at The ZOU. The game will also be Mizzou’s first “Tiger Stripe” game. Make sure to check the chart to see what you’ll need to wear to the game. Kickoff is set for 3 p.m. CT, and the game will be broadcast on the SEC Network.