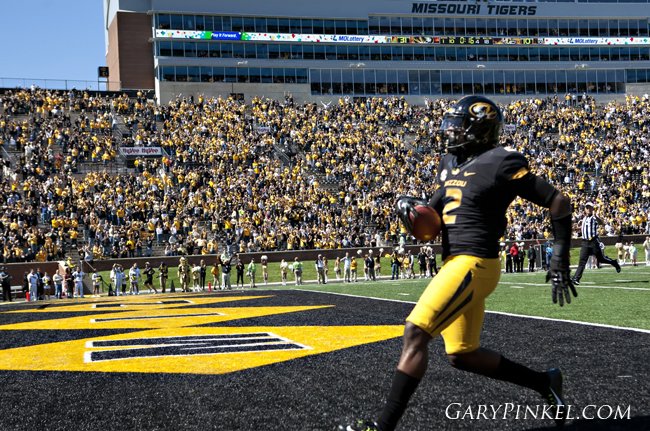 The senior from New Orleans, La., says he has great pride in being a Mizzou Tiger and is always striving to be the best. Singleton showcased that this past Saturday when he scooped up the ball from a Rickey Hatley strip and ran it 60 yards to the house in the final minutes of the game. It was the final nail in the coffin as Mizzou defeated the University of Central Florida 38-10 in The ZOU.

Singleton began the year at No. 2 in the depth chart of the strong safety position. Mizzou looks for Singleton to be a big impact player on defense this year and to help Mizzou Football continue the nation’s longest active streak of turnovers with 47 consecutive games and counting. He did just that on Saturday.

Singleton also said he is proud to be #MizzouMade because of the family atmosphere of the Mizzou football program.

“When I first met the guys (players and coaches) I fell in love with it,” he said.

This family atmosphere is what Head Coach Gary Pinkel strives for every year. He does this by having “family dinners” where players eat dinner together at Pinkel’s house or another location. Each freshman player is also given a “big brother” to mentor him and teach him about the program.

As for the Mizzou Football Family, they will take on Indiana this Saturday, September 20 at The ZOU. Kickoff is at 3 p.m. CT and can be seen on the SEC Network.

The Truth About Hard Work
Scroll to top