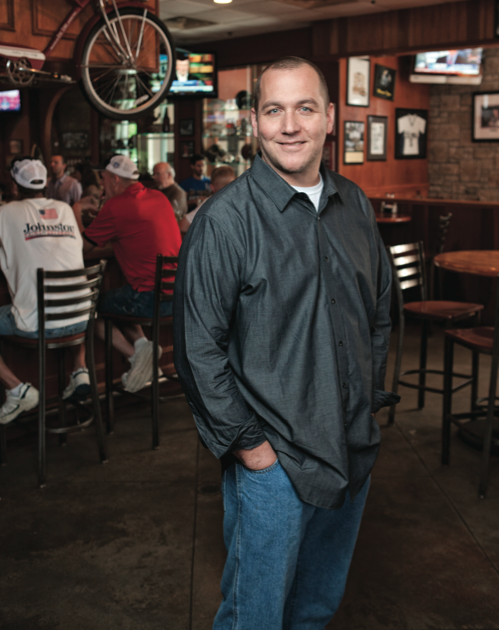 Lessons From the Field

If you ask David Rowe what he remembers about the night he introduced his restaurant to friends and family, he’ll tell you about the hour he spent sitting on top of an air conditioner with questions and doubts churning in his mind.

“By no means was I ready to run a restaurant,” Rowe says. “There’s no way.”

Despite the disastrous trial run, Rowe wasn’t about to walk away. Frustration became resolution in the chill of that December night in 2002. Not all learning processes are smooth, he told himself. Sometimes there are rough spots, even very rough ones. He had to get better. He had to toughen up.

Starting a new restaurant was the next challenge for Rowe to persevere through, like when he walked on to play football at MU even though people thought he was too small, or like when he beat the odds and returned for his senior season after being diagnosed with stage 4 non-Hodgkin lymphoma.