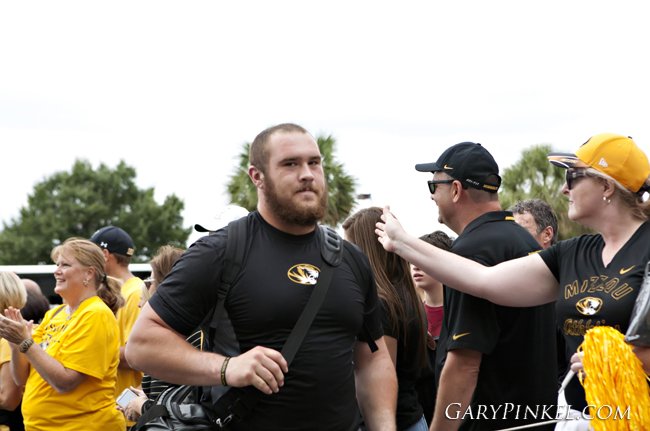 junior center Evan Boehm, being #MizzouMade is about tradition and family.

“To me, being Mizzou Made means traditions. Whether it be Homecoming, home games, the gold out, the black out. Strapping up in that Missouri uniform every Saturday and going out there and giving your best for the fans,” Boehm said.

Boehm was a standout in high school, ranked by ESPN as the No. 2 guard in the country and the No. 42 prospect among all players. He started all 14 games at center in 2013, and this season he is ranked among the top centers not just in the SEC, but in the nation.

He is an undisputed leader on and off the field for his Mizzou Football Family. The family atmosphere that Head Coach Gary Pinkel instills year after year in his program is why Boehm says Mizzou is special.

“The family atmosphere that we have is one that you cannot get anywhere else,” Boehm said.

Catch Boehm and the Tigers as they carry on the tradition for the 103rd Homecoming game this Saturday, October 25, against the Vanderbilt Commodores in The ZOU. Kickoff is set for 3 p.m. on the SEC Network and on the radio via Tiger Network. Follow Mizzou Football on Twitter, Instagram, and Facebook for updates throughout gameday.