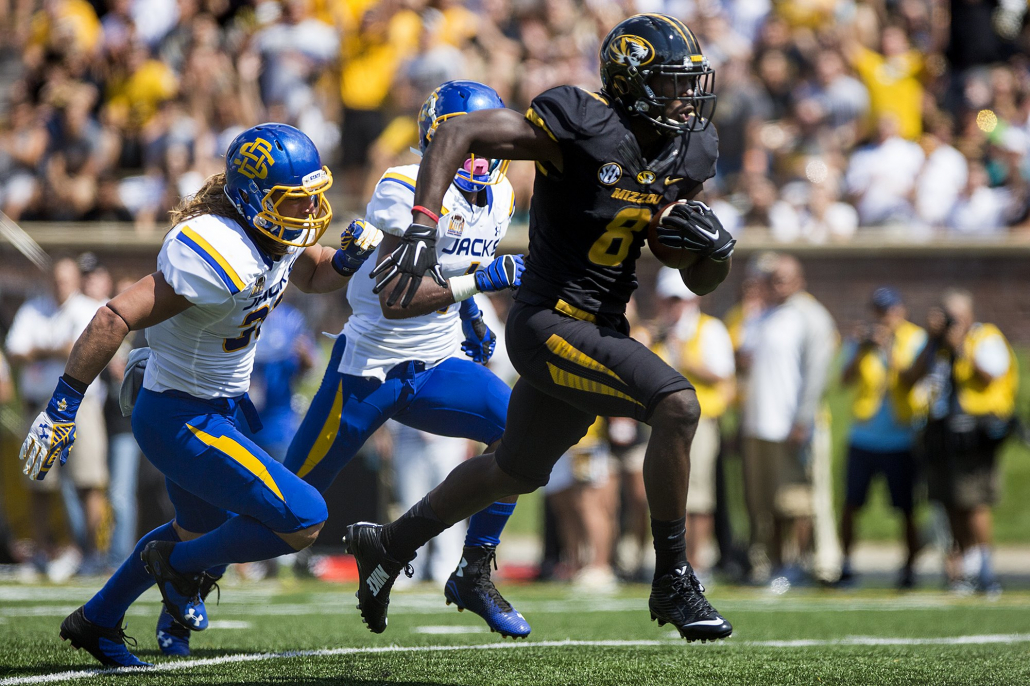 wide receiver Darius White, Mizzou is his “second home besides Texas.” The redshirt senior from Fort Worth, Texas, says he is proud to be a Mizzou Tiger because of the coaches, players and fans.

In high school, White had 93 catches for 2,293 yards and 35 touchdowns. He was highly recruited out of high school and was ranked the No. 3 wide receiver in the nation and the No. 20 overall prospect at any position by ESPN.

This year, he enters the season at the top of the wide receiver depth chart. Mizzou looks for him to have an explosive season and will rely on his experience this year.

White also had another important reason for why he is proud to be #MizzouMade.

“They’re teaching you right from wrong every day,” said White.

The Mizzou Football program prides itself on developing its athletes both on and off the field. This is clearly demonstrated in the team’s core values: honesty, treating women with respect, no drugs, and respecting cultural differences within the program.

White and the Mizzou Football Family will host the University of Central Florida on Saturday, September 13 at The ZOU. Kickoff is at 11 a.m. CT and can be seen on the SEC Network.

Mizzou-Indiana Game to Kick Off at 3 p.m.
Scroll to top