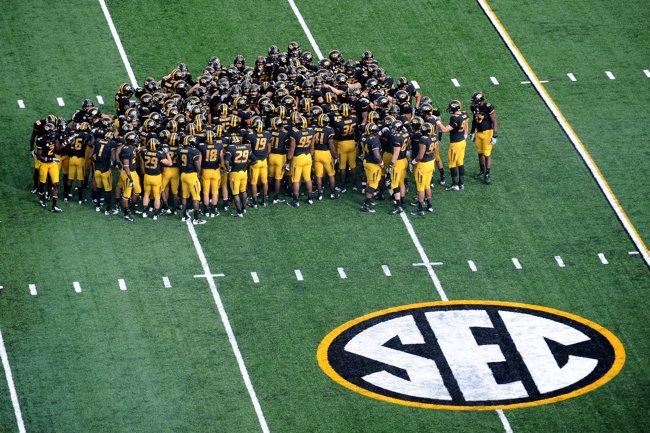 The Mizzou Football Family has proven again and again that they always strive to be the best they can on and off of the football field. And this year, the SEC took notice.

Mizzou Football won the seventh annual SEC Sportsmanship Award, in light of linebacker Michael Sam’s decision to come out to not only his teammates, but the entire world as well.

Sam and his teammates decided to focus on football and shut out outside distractions, leading to a historic season as winners of the SEC Eastern Division and the Cotton Bowl.

Mizzou was one of four schools within the conference to receive this award, joining Tennessee’s men’s basketball team, Georgia’s equestrian program, and the women’s golf coaches of the SEC.

“Sportsmanship, civility, and social responsibility are marks of character that last a lifetime,” said SEC Commissioner Mike Slive. “We are proud of these teams from Missouri, Tennessee, and Georgia and the women’s golf coaches of the SEC for setting an example for us all.”

SEC athletic directors voted on the awards. Mizzou tied with the Volunteers for the men’s award, and Georgia and the women’s golf coaches tied as well.

Coach Pinkel will head up a strong-willed Mizzou team as they kick off the 2014 season against South Dakota State on August 30.