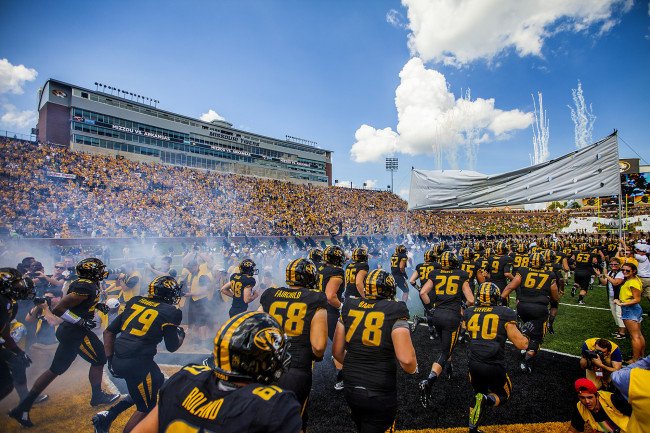 Faurot Field is expected to be filled to capacity during Mizzou Football’s game against Georgia at The ZOU on Saturday, October 11.

A crowd of 71,168 is expected to turn out for the sold-out game to watch the matchup, which begins at 11 a.m. CT. Saturday marks Mizzou Football’s annual Gold Rush, so Tiger fans are encouraged to wear gold to the game.

Last time these two teams faced, Mizzou defeated Georgia 41-26 in Athens. Mizzou is coming off of a bye week after a comeback victory on the road at South Carolina, and Georgia has won its last three games.

Mizzou Football will post live updates throughout Saturday’s matchup against Georgia on Twitter, Instagram, and Facebook. Fans can tune in to Tiger Network radio affiliates for updates as well. The game will be broadcast nationally on CBS.