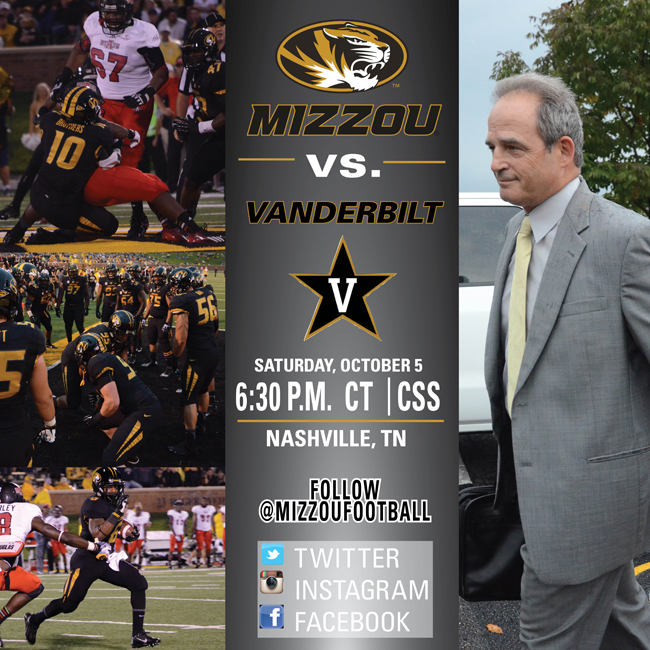 Game To Be Aired On Six Statewide Affliates

COLUMBIA, Mo. – Television affiliate information has been finalized for the University of Missouri football game on Oct. 5th at Vanderbilt, as announced by the Southeastern Conference.  Six different outlets have agreed to broadcast the game, which will be televised by Comcast Sports South (CSS) and will kick at 6:30 p.m. (central) in Nashville, Tenn.

In addition to the affiliates listed below, the game will air on CSS in the SEC footprint and will also be available through ESPN GamePlan, ESPN3.com and the Watch ESPN app.

Affiliates within the state of Missouri for the game include: