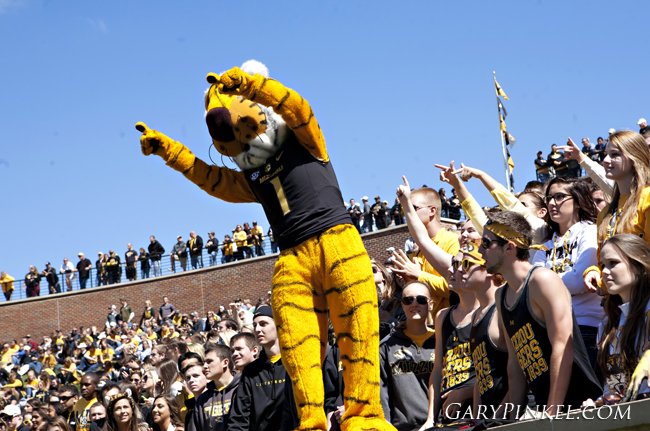 Thanks to a home-and-home football series agreement reached by Mizzou and The University of Connecticut, the two football teams will meet on September 19, 2015, in The ZOU. Mizzou will then return the favor in 2017 by visiting the Huskies at Rentschler Field in East Hartford, Conn.

“It’s fun to bring new opponents into Columbia for our fans, and this is a program that’s had a high level of success in the past decade,” said Executive Associate Athletic Director Bryan Maggard, who is responsible for the team’s scheduling. “One of the most challenging aspects of conference realignment has involved football scheduling and reconstructing things after we moved to the SEC.”

The agreement brings Mizzou Football one step closer to rounding out its 2015 schedule, as it solidifies three out of the four nonconference games the team is required to play. Southeast Missouri State will come to town on Sept. 5, 2015, and then Mizzou will jet to Jonesboro, Ark., to take on Arkansas State the following Saturday. 2017 will bring Purdue to Columbia on Sept. 16, preceding the away game for Mizzou against UCONN on Sept. 23.

The ZOU will once again fill to the brim with fans on September 20 as Mizzou Football hosts the 1-1 Indiana Hoosiers in a 3 p.m. kickoff. The game will be televised on SEC Network. Tickets for the Mizzou-Indiana matchup are still available at MUTigers.com.

Watch #MizzouMade Tigers in the NFL: Week 3
Scroll to top