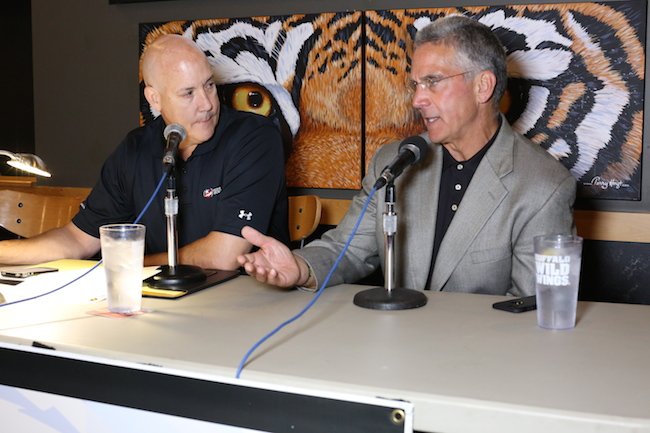 The show opened up with Kelly announcing that Mizzou defensive end Shane Ray was named the SEC Defensive Lineman Player of the Week. Through five games Ray has eight sacks and 11.5 tackles for loss.

Then Mizzou head coach Gary Pinkel joined the conversation over the phone.

Pinkel opened up by explaining how proud he is of his players and staff for persevering against South Carolina and coming away with the victory, 21-20.

“It’s hard to win a game like that, hopefully that’ll have a huge impact on our team,” Pinkel said.

Kelly then turned to Alden, and the two talked about the great fan support Mizzou had in Williams-Brice Stadium.

The two then discussed the undetermined time slot for Mizzou’s October 11 game against the Georgia Bulldogs at The ZOU. Alden explained how the uncertainty doesn’t really affect the Athletic Department as much as the fans’ preparation for game day.

Kelly then asked about the feedback regarding the new renovations to The ZOU.

“The responses we’ve seen to that have been overwhelmingly positive,” Alden said.

To see the show live, attend Tiger Talk at Buffalo Wild Wings at 7 p.m. every Monday night. Mizzou fans can also watch live on GaryPinkel.com to hear the Mizzou Football Family talk about the season and a wide range of other topics.