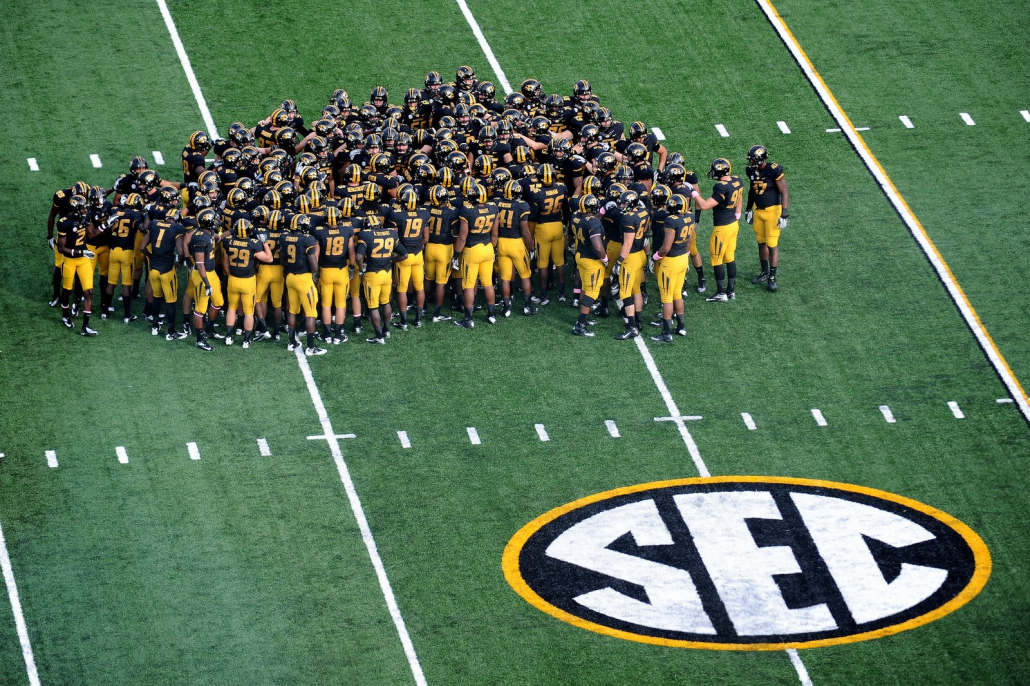 November 28—Black Friday—will bring Arkansas to town for the first time in 108 years, setting up a nationally televised meeting between two prestigious teams with illustrious histories.

The last time these two squads squared off, Mizzou got the best of the Razorbacks, steamrolling them 38-7 in the 2008 Cotton Bowl. This win capped off the biggest highlight on Coach Pinkel’s resumé at the time, as Mizzou won 12 games for the first time in school history and was ranked No. 1 in the polls.

The last time Mizzou deviated from the Saturday-after-Thanksgiving tradition was over 60 years ago. Fans on Thanksgiving Day in 1950 were treated to a Don Faurot-led 20-6 win over KU to complement their turkey and afternoon naps.

The Razorbacks struggled mightily last season, as they lost their last eight games to finish 3-9 (including 0-8 in the SEC), finishing dead last in the West.

The Tigers’ first appearance in 2014 will be August 30, when South Dakota State comes to The ZOU. Mizzou’s full 2014 schedule can be found here, with ticket information available here.